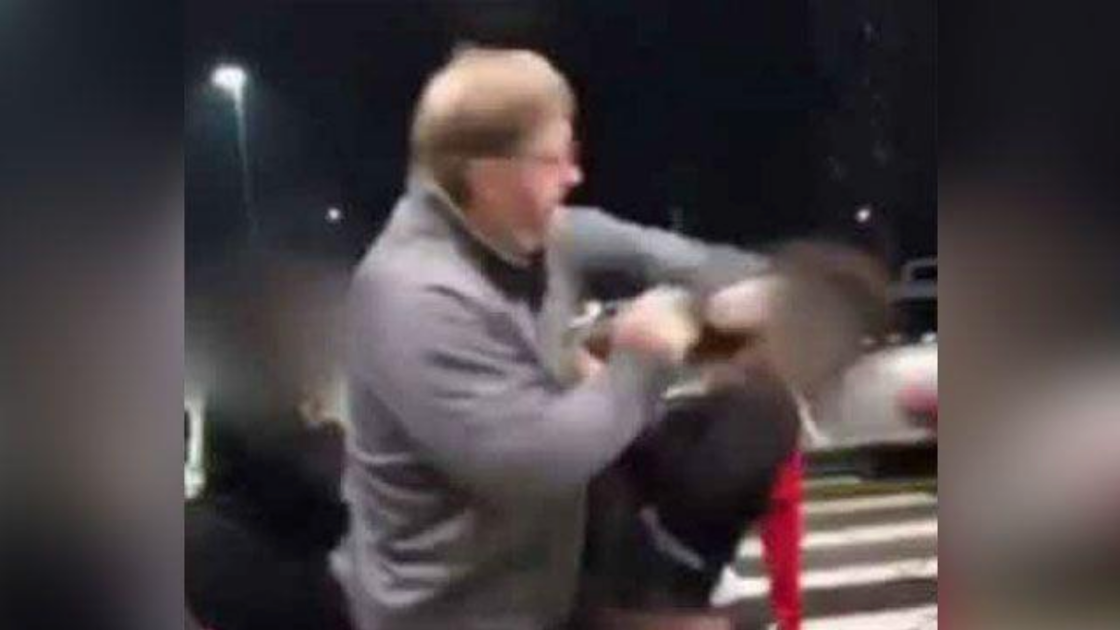 Police in North Carolina aren’t releasing details about the arrest of a man accused of pushing and punching an 11-year-old girl during a fight outside a mall.

All victims at the time of the incident refused transport to a hospital.

The charges come after an altercation outside Asheville Mall just before 7 p.m. last Saturday.

Video footage widely shared on social media shows a man pushing a child. When the child approaches the man, he punches her in the face, knocking her to the sidewalk. Graphic video of the altercation has been viewed thousands of times on YouTube.

The video has drawn widespread outrage against Bell, listed in an incident report at 6 feet, 5 inches tall and 250 pounds, for assaulting the child.

Some online accused Bell of racism. The video was shared by civil rights activist Shaun King.

Asheville attorney Andy Banzhoff defended Bell to the Asheville Citizen-Times, saying his client was trying to help a woman he thought was being harassed by “a large pack of youths.”

Banzhoff said Bell escorted the woman through an exit and the kids followed, blocking him from leaving and yelling threatening remarks.

Banzhoff admitted that Bell struck the child in the video “with a closed fist.”

Banzhoff said Bell and his family were praying for healing for “those impacted by this unfortunate incident.”

The attorney also appeared to defend against accusations of racism.

“His actions were not motivated by any animus towards the persons in that group. Mr. Bell’s belief is that all persons are created equal and that we are all children of God,” a statement read, in part.