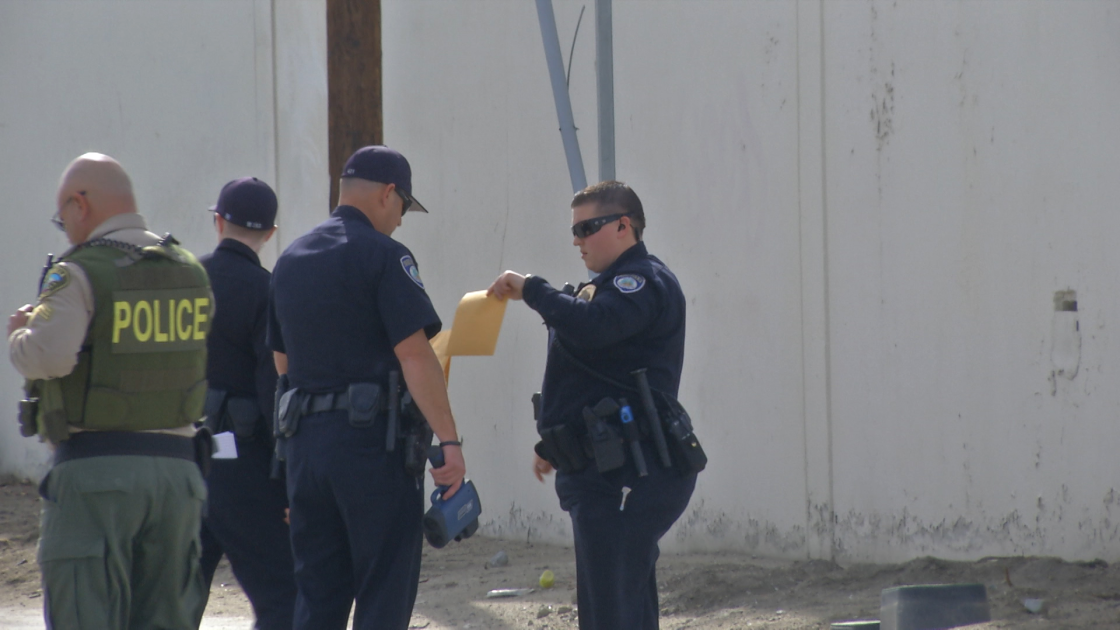 The Indio Police Department is trying to determine if two shootings in Indio this afternoon are related.

“I’ve never heard gunshots like that before but it was definitely pow, pow, pow, pow,” said Naomi Berkowitz who works nearby the scene of the shooting.

Indio police responded to several calls in the city Friday afternoon. The first call came in just before noon. Police say a male suspect wielding a knife walked into the Denny’s near Monroe Street and Highway 111.

The suspect told employees to hand over cash and cut them with a knife. The employees suffered only minor injuries and the suspect got away.

Police say they later found him in the parking lot of the police department. It’s not clear why he was there.

Shortly after the robbery at Denny’s, police got several reports of shots fired near the area of Highway 111 and Arabia street.

“I heard some shots when I went over to my house to get my cigarettes. Like five shots and then several rounds of shots,” said Indio resident Michael McConnville.

A man who police thought was the suspect in the Denny’s robbery but turned out not to be, told police someone shot at him moments earlier.

Police say there is no connection between the robbery at Denny’s and the shootings nearby, but are still trying to determine if the shooting described by the man police spoke with and the shooting on Arabia Street are related. The two incidents happened one block away from each other.

“I was just sitting here working and all of a sudden I hear gunshots and my adrenaline kicked in and it sounded like it was coming right from behind me so I turned around and looked, and then I just ducked. I instinctively ducked,” said Berkowitz.