USDA-sponsored home loans on hold due to shutdown 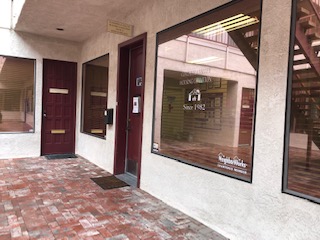 The dream of owning a home is on hold for more than 60 low-income families in the Coachella and Imperial valleys. They all applied for a home loan through the U.S. Department of Agriculture (USDA), but without any federal workers to process those applications, these families have to wait until the government shut down comes to an end.

Javier Lopez is the director of community outreach at the Coachella Valley Housing Coalition, a non-profit that aims to help low income families find affordable housing. The government shutdown is making this process more difficult.

“A lot of them are stuck in the limbo if you will in their loan process and application process,” Lopez said. “There’s nobody to talk to, the calls to our office have been increasing because of that situation.”

USDA has special funds allocated for home loans for low income families. The Coachella Valley Housing Coalition uses that money to build affordable housing, but those funds are not available during the shutdown,

“The government, our president is playing politics and holding these folks pretty much hostage, and the nation as a whole and denying the American dream to several of the families that we serve,” Lopez said.

Lopez said they are asking potential homeowners to be patient and optimistic especially because they can not offer a solution other than waiting for the partial shutdown to be over.

“There’s nobody to talk to, the calls to our office have been increasing because of that situation,” he said.

Lopez said a concern is that the Trump administration has not clarified if the applications that were supposed to be processed during the shutdown will expire.

“The longer the shutdown continues, then the payments are going to be backing up and so on,” Lopez said.

The lack of access to these federal funds also applies to recipients of section 8 housing, a program that assists low-income renters through a voucher system.

“At this point we can cover them until the end of February, but afterwards, if the shutdown continues, we are going to have to help them out as well,” he said.

The Coachella Valley Housing Coalition has been in contact with local elected officials to tell them how the shutdown is affecting the community with the hope of finding a solution for these families that are on the waitlist.