Passenger pick-up system used by taxi drivers down for months 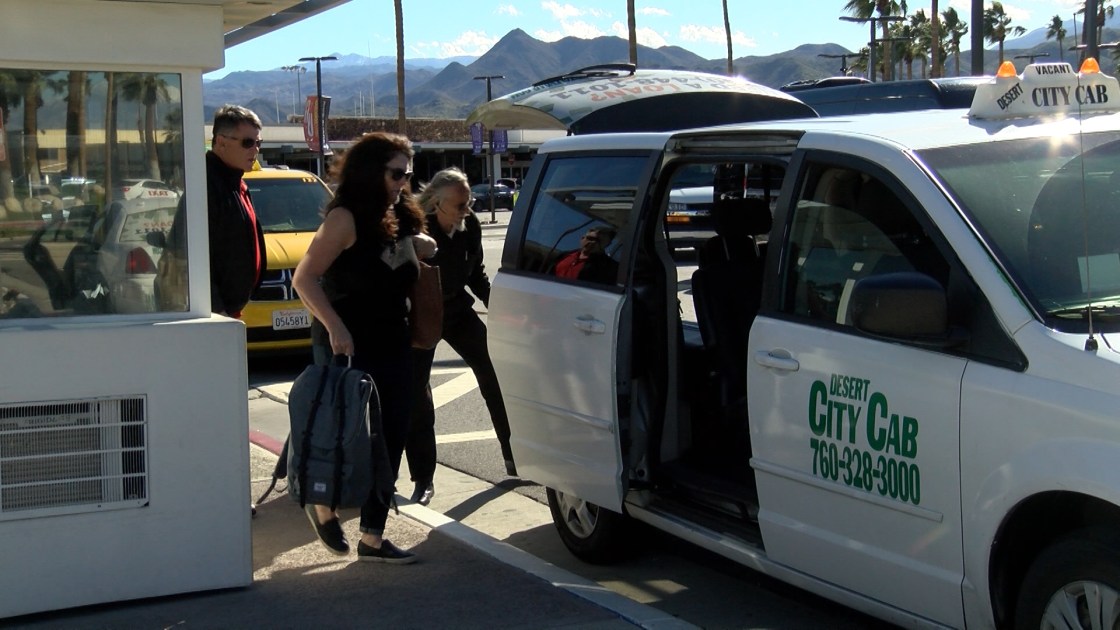 Mohammed Faisal Farooq gets in his taxi and starts his mini van to pick up a passenger at the Palm Springs International Airport. Farooq has been in the business for over 15 years, and he said that a malfunction in their passenger pick-up system is affecting their workflow.

“[Airport officials said] in 2019, we’re going to fix it, but nothing happened, and I don’t see any progress or anything,” Farooq said.

Taxi drivers used to rely on a screen that would post the number of cabs needed at the airport along with the driver’s identification number. Drivers said that screen has been offline for months making it harder for them to make quick pick ups. Pedro Chan said he is frustrated about this technical issue.

“We can’t offer our service properly because we have no control,” Chan said. 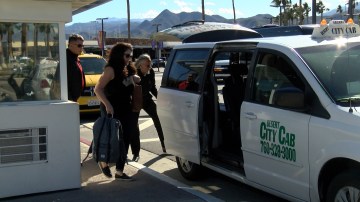 Terry Tapp was waiting for his passengers at the taxi pick-up spot at the airport.

“It’s kind of an inconvenience because the starter has to call over on a loudspeaker on our holding area in order to know how many cabs they want us to bring over,” Tapp said.

There is a small speaker inside a lounge at the taxi holding area. Someone from the airport calls to request a certain number of taxis, but there has to be a person in the building at all time to get this information.

“If nobody is listening, we don’t know what is happening inside the airport,” Farooq said. 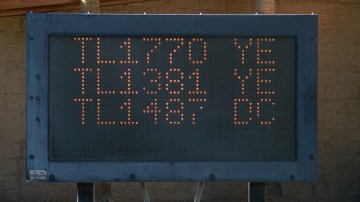 For the most part, there is an honors system is in place in which drivers park in order of arrival to make sure it is fair for all, but the lack of a proper system creates tension among taxi drivers.

“Everyday we sit right here and a couple drivers jump or they don’t come here, they go straight [to the airport],” Chan said. “Too many issues with this.”

Taxi drivers said it is harder for them to compete with ride sharing services such as Uber and Lyft because they are not meeting their pick up deadlines.

“When you call Uber you have to walk, you have to wait a 5-10 minute process, so they would like to take the cabs, but there aren’t any cabs available all the time,” Farooq said. 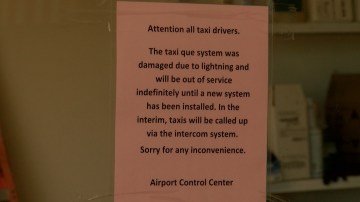 Airport officials posted some signs at the drivers’ office saying that “the taxi system was damaged due to lightning and will be out of service indefinitely until a new system has been installed.”