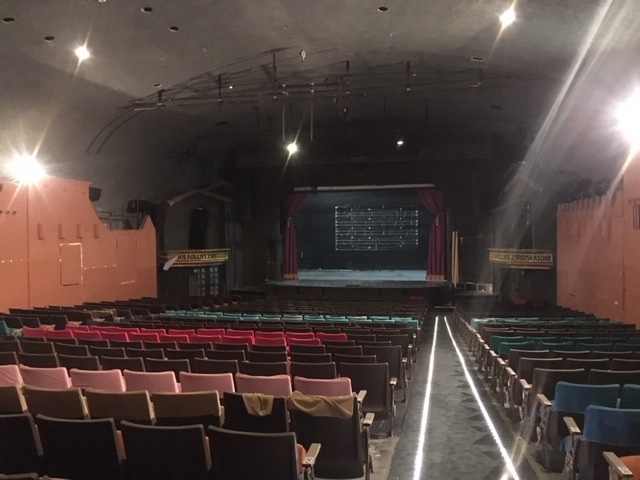 The city of Palm Springs wants to restore the Plaza Theater and will host a fundraising event to help with the effort.

“All of the work along the walls, the village scene, that’s all original and we can fully restore it. Some of it is hidden behind the walls, but it’s all there,” said Palm Springs City Councilman J.R. Roberts

Roberts will ask the community for funds to restore the iconic Plaza Theater this Saturday at 10:30 am in front of the theater.

“We want to open in it again for live shows and for theater and the first thing we have to do is restore it,” said Roberts.

The project will cost between $10 and $12 million dollars. City officials say most of the restoration funds will come from private donors.

First opening in 1936, the Plaza Theater has seen some very famous faces walk through its doors.

“In 1936, Greta Garbo was here to open the film Camille and the theater was a great theater for the next forty years,” Roberts said.

La Plaza Theater shut down in 2014 after The Fabulous Follies finished their final show. The city say now is the time to bring it back to its former glory.

“That’s the plan is an actual restoration. Not a remodel, not a fix up, but to actually restore it to what it was in 1936,” Roberts said.