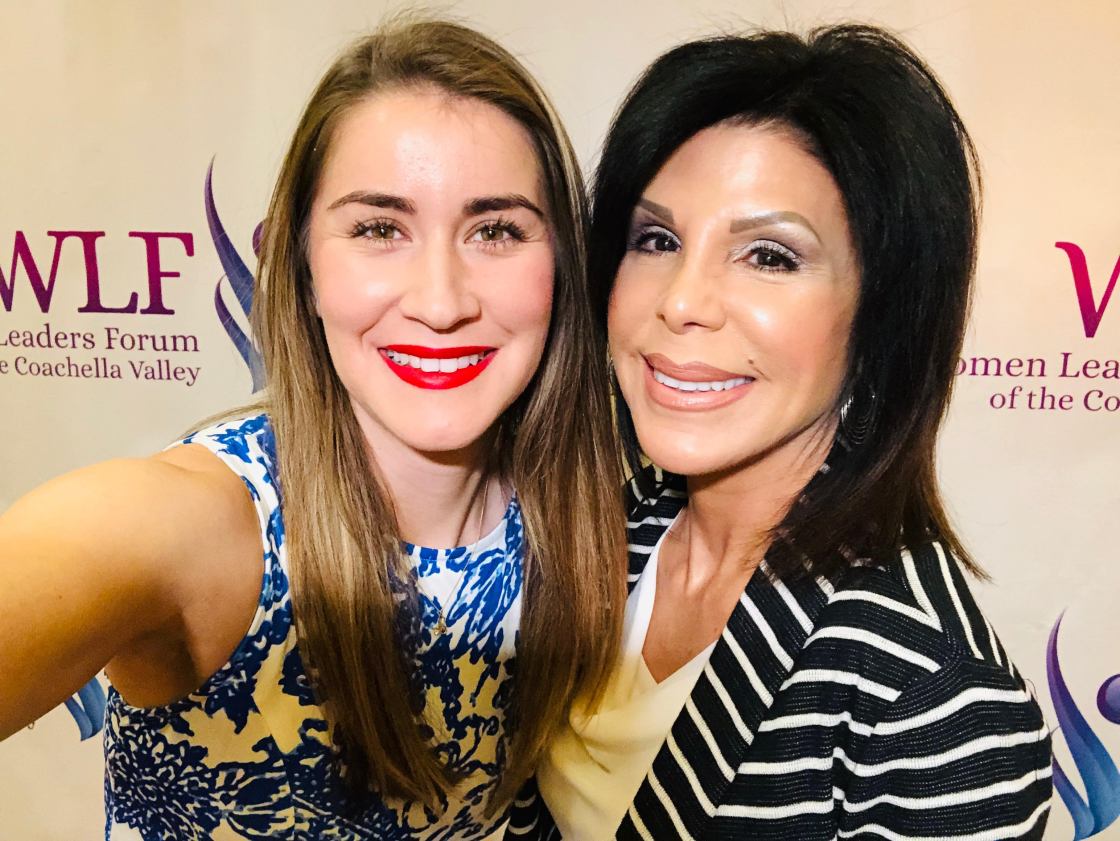 The 7th Annual Women Who Rule Awards Luncheon and Scholarship Fundraiser took place today, honoring women who have made a difference in our community. Just after 11:30 Friday morning, women filled the ballroom at the Agua Caliente Casino Resort Spa in Rancho Mirage. Certainly a sight that proved to bring some to tears and made others feel right at home.

“A women needs a man as much as a fish needs a bicycle” was emcee Janet Zappala’s opening line to the ceremony. Certainly setting the tone of the Women Who Rule event.

Hundreds of females, gathered, in an effort to inspire and recognize other women who have dedicated a lifetime to changing the world.

“I started 9 years ago with Desert Newspaper with the idea of having a medium to promote integrative healthcare and now it’s the leading resource in the valley, and I am so blessed,” Lauren Del Sarto, Trailblazer Award recipient, told NBC Palm Springs.

Other honorees also talked to us, expressing how honored they were to have received a recognition today. Among them, Laurilie Jackson, the recipient of the Helene Galen Excellence In Education Award.

“I absolutely love teaching it’s where I believe I’m supposed to be right now. One of my favorite things is seeing students build their confidence and understand that they can succeed.”

Let’s not forget Shiela Thorton who received the Mary T. Roche Community Leadership award. A women who runs a nonprofit organization that is dedicated to mentoring the youth and providing them with the necessary resources to succeed.

“This award really represents the hard work of a lot of people in our community.”

NBC’s very own Janet Zappala also chimed in throughout the event, and told us that this is an event that she would not miss for the world.

“Well I’m telling you, the reason I’m here is because this event is so important to our Coachella Valley. It raises money to provide scholarships for young women in our valley so that they can then pursue their dreams.”

Dreams that these women have no doubt will be achieved, and thus leave other women with these words of encouragement:

“Be true to yourself. Follow your heart, and not what you are supposed to be doing,” added Lauren.

“Ask for help. There is never a bad question,” Laurilie mentioned.

“Go to college. Get an education. Stick it out,” said Mayor Evans.

“Shut out the voices that tell you that you don’t belong to this community,” Shiela told NBC Palm Springs.

“That glass ceiling is meant to be broken, and these young women are going to do just that,” said Janet Zappala.

All in all, it was a great event and while the final numbers are still coming in, today’s event raised at least $65,000 for student scholarships.