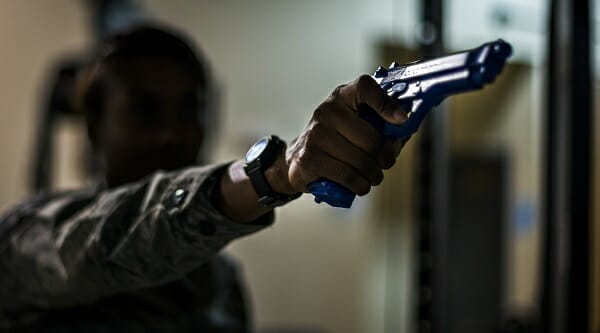 In preparation for a scenario that has become all too common, students at Shadow Hills High School in Indio took part in an active shooter drill Friday morning.

Sadly, school shootings in America have become commonplace, and students at Shadow Hills High School are being prepared for the worst.

“I have never been a part of something like this so this is my first time going into this drill,” said student Annaid Rodriguez.

“It’s a realistic scenario things that we know have been encountered elsewhere throughout the country,” said Chief Mike Washburn of the Indio Police Department.

The drill aims at giving students a better understanding of how to react in a real life active shooter situation. Make-up and mock injuries make the drill uncomfortably realistic.

“There may be explosions there is going to be a lot of noise, a lot of distractions. We’re really hoping to make this as realistic as possible,” said Washburn.

For teachers and school administrators who also take part in the drill, it is a sobering reality.

“It would be lights out, doors locked, technology turned off, move students out of sight and be very quiet,” said Judy Gadd, health teacher at Shadow Hills High School.

“This is the last thing that would cross our mind back in my time growing up. We had just talked about that, we worried more about earthquake and fire drills,” said Shadow Hills High School Principal Gabriel Fajardo.

Students have been the primary targets of on campus shootings and they say preparation could very well save their life.

“I do know that we are going to come out prepared and educated on these type of events and these tragedies that do go on around the world,” said Rodriguez.