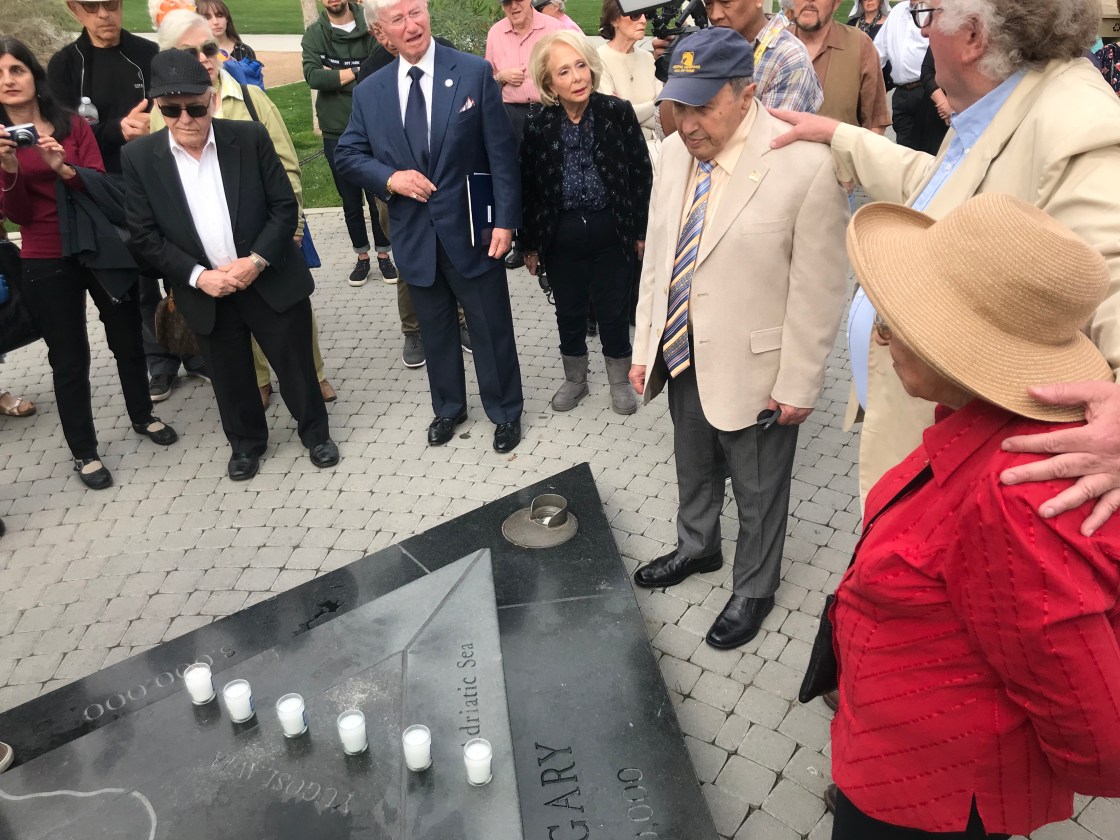 Music filled Civic Center Park in Palm Desert on Monday afternoon, as dozens reflected on a dark moment in history, the Holocaust.

Among the speakers at the event put on by the Gerald Ford chapter of the Mensch Foundation, was Holocaust survivor Henry Friedman, “I believe love is better than hate and this is the most important thing, is we can learn from the Holocaust what happened when people are indifferent,” he said.

In the decade the event has been held, this was the first time more students than adults attended.

The message is not lost on them.

“Obviously if we don’t talk about it and tell people how many people were affected by it that it could happen again,” said 13-year-old, Sacred Heart Catholic School student, Parker LaMont.

This brought Holocaust survivor, Alexander B. White, hope, “And it is the young people here, who are the ones they are the protectors, they are the guardians of the Constitution of the United States.”

White, along with Catholic leader Monsignor Howard Lincoln were among those honored with Mensch Awards for their tireless work to ensure history is not repeated.

“All of us are created in an image of God and there’s a dignity and a worth to every single human being and it’s critical that people remember what happened in the Holocaust,” says Lincoln, adding, he was honored to receive the recognition.

Two deputies stood watch over the ceremony, a reminder of the recent shooting that took place at the Tree of Life Synagogue in Pennsylvania. The 11 Jewish lives taken at their place of worship were remembered with a moment of silence.

The event concluded with six Holocaust survivors lighting a candle, with each flame representing one million of the six million Jews who were killed.