Man threw meth-fueled ‘death party’ for his wife before she died, deputies say 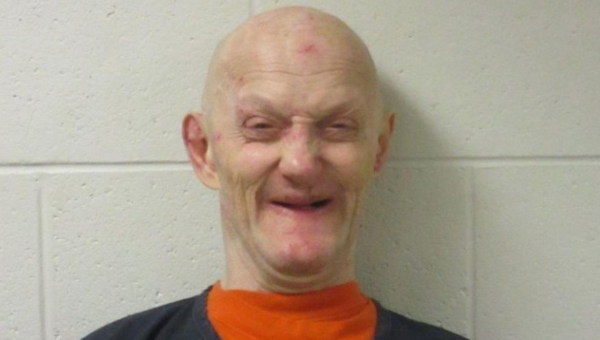 A man accused of giving his ailing wife methamphetamine told authorities he threw her a “death party” before she died.

The Mankato Free Press reported that Duane Arden Johnson, 58, of Searles, Minnesota, was charged with criminal neglect and receiving stolen property after his wife’s death on Thursday.

Deputies said Johnson called 911 at about noon to report that his wife, Debra Lynn Johnson, 69, had died.

Officers arrived at the couple’s home and found the words “Death Parde God Hell” spray-painted on the front door.  A naked Duane Johnson allegedly ran outside and said his wife was dead, then ran back inside to take a bath. He was later found in the bathtub hallucinating and trying to wash white and black “things” from his skin, according to deputies.

Debra Johnson’s body was found wrapped in a sheet the top of the stairs, deputies said.

The newspaper reported that Debra had been living in a nursing home, but Duane checked her out days earlier because she wanted to die at home.

Duane Johnson said they took methamphetamine and she stopped taking her medications. They spent their final hours having sex and listening to metal band Quiet Riot.

Duane said Debra began having convulsions, but wouldn’t let him call police. After she died, Johnson said he washed his wife’s body and wrapped her in linen “like the Bible told me to do.”

He said he waited several hours to call 911 because he wanted to make sure she was dead.

A search of their home turned up four rifles, two shotguns and hundreds of rounds of ammunition of several varieties, which were allegedly stolen.

Duane Johnson was arrested without incident and was charged with criminal neglect and felony counts of theft and receiving stolen property. His bond was set to $250,000 or $150,000 with conditions.