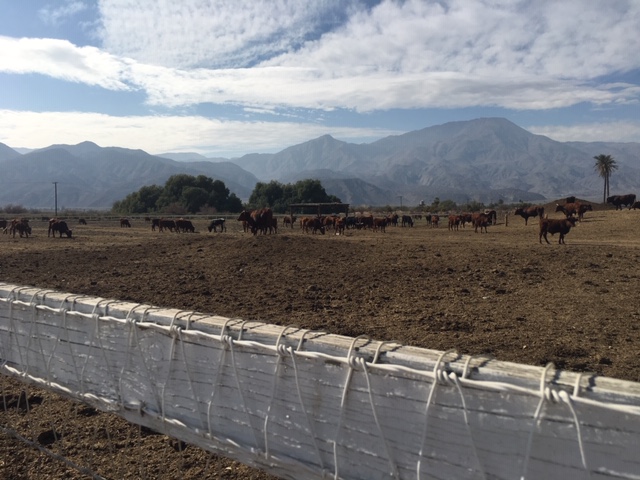 Riverside County Animal Services are investigating accusations of animal cruelty at a cattle ranch in Thermal.

Christiana Green, owner of Epic Animal Treats, made the complaint after noticing what she said were emaciated cattle.

“I care about animals, it doesn’t matter if it’s a horse or a pet. It’s an animal. It’s a heartbeat,” said Green.”I saw a couple of tractors come out and haul off dead cows.”

Green says the cattle were not getting enough nutrients since the ranch hand was only feeding them grass clippings. She says it wasn’t until animal services showed up that the cattle began receiving the proper feed. According to Riverside County Animal Services there is nothing at the ranch that warrants criminal charges quite yet.

“If we see one really going out, then we’ll end up seizing the animal but we’re not going to seize any of them right now,” said Luis Rosa, Field Services Lieutenant for Riverside County Animal Services.

Owners who are caught under feeding livestock could face steep fines or even jail time. But Green is more concerned about the cattle then person responsible for them.

“As long as things start to change then I’m willing to let him move on, but the cows need to get better,” said Green.