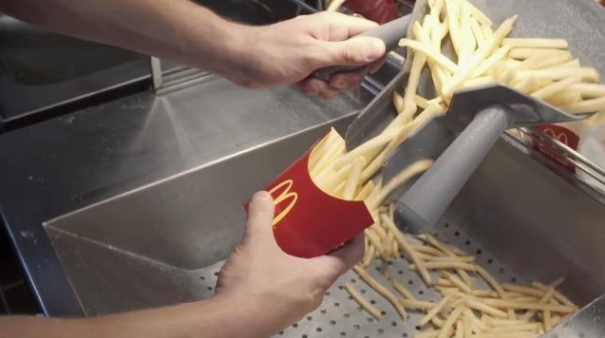 Salty, crispy and addictive, McDonald’s french fries might have another attribute — the ability to put hair on your head.

According to a new study out of Japan, a chemical used in the cooking of the fast food giant’s fries could be the key to curing baldness.

Stem cell researchers at Yokohama National University succeeded in regrowing hair on mice by using dimethylpolysiloxane to mass-produce “hair follicle germs,” or HFG. Dimethylpolysiloxane is the silicone that is added to McDonald’s fries to prevent the oil from frothing.

The study, released in the journal Biomaterials last week, touted the cooking oil additive as the breakthrough in the experiment.

“The key for the mass production of HFGs was a choice of substrate materials for the culture vessel,” Professor Junji Fukuda, of Yokohama National University, said in the study. “We used oxygen-permeable dimethylpolysiloxane (PDMS) at the bottom of culture vessel, and it worked very well.”

Until now, hair regenerative medicine has been frustrated by the difficulty of producing large masses of HFGs, but the dimethylpolysiloxane preparation allowed scientists to create up to 5,000 HFGs simultaneously.

Those HFGs were transferred from a “fabricated approximately 300-microwell array, called an HFG chip, to generate hair follicles and hairs on the mouse body,” according to the study.

While the technique so far has been tried only on mice, Fukuda believes it shows great promise for humans with balding scalps.