Community input for infrastructure proposals in the Eastern Coachella Valley 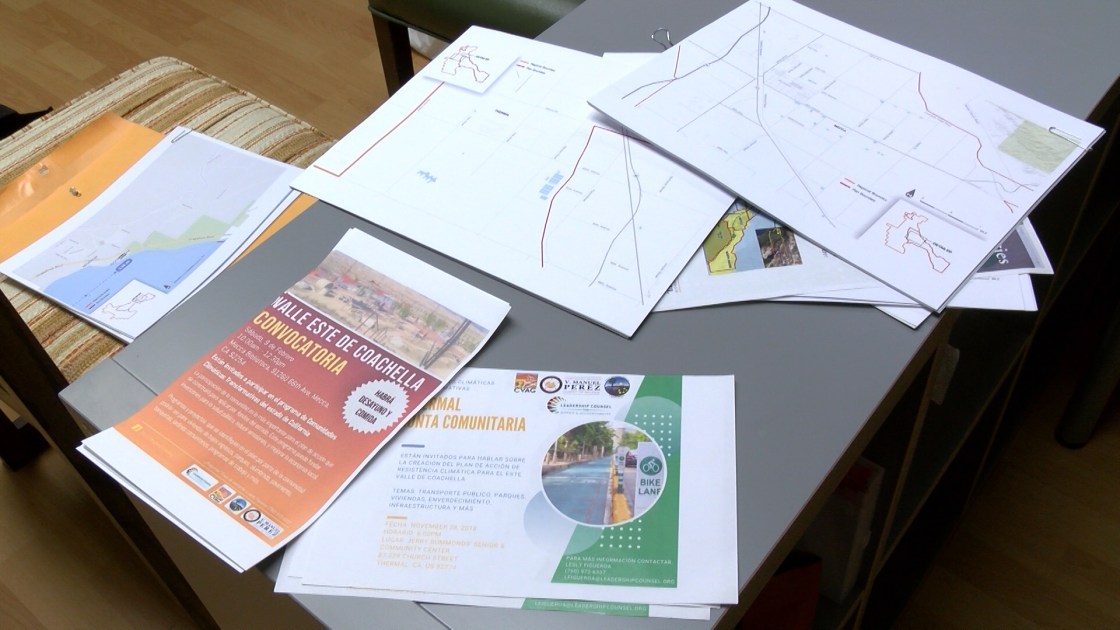 Community organizations and local government leaders are meeting to find out what kind of public infrastructure projects are needed in the Eastern Coachella Valley. This is part of the planning phase of a state-funded program called “Transformative Climate Communities.” Lesly Figueroa works for Leadership Counsel For Justice and Accountability. She has been talking with these communities on issues of public health and sustainability.

“Everybody deserves an opportunity to have a healthy lifestyle and healthy neighborhoods with all the infrastructure that other neighborhoods have,” Figueroa said.

Last year, these unincorporated areas in the Eastern Coachella Valley received a $170,000 planning grant. The project proposal these organizers are working must focus on at least one of the following goals: reducing greenhouse gas emissions, enhancing public health or ensuring economic prosperity.

“People want to see different types of housing, people want to see what housing looks like, what projects can be funded through that,” she said. “Parks have been something; for folks in North Shore water and waste management has been big, and in North Shore, people keep talking about lighting and paving in mobile home parks. “

Local agencies hope to have a final proposal by July to move forward with the next phase.

“First is creating the plan for a plan in the future to receive future funds with implementation grants,” Figueroa said.

The community meeting will be held at the Mecca Library on Saturday February 9, 2019 at 10 a.m.