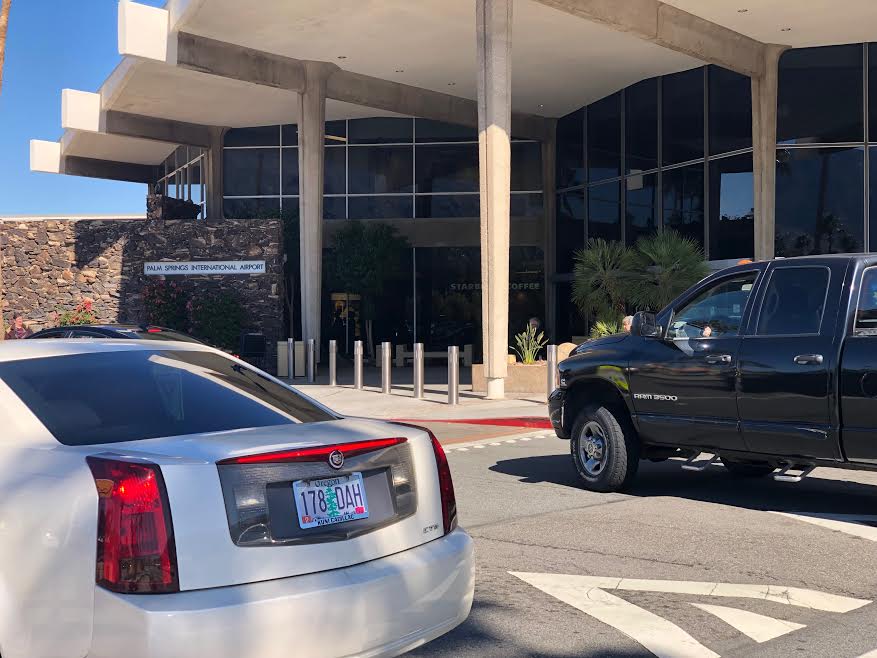 In today’s You Ask We Investigate, a shuttle company is wondering why they have not been allowed to operate at the airport, when other ride share services are given the green light. Airport Exclusive Rides Incorporated has been trying to get a permit to service customers at the airport for over two years. However, while they may be frustrated, airport officials say they are one step away from getting the okay.

“It’s a pandora box, it’s about time for it to explode,” said Josefina Lopez, the owner of Airport Exclusive Rides.

Now she is demanding answers as to why the Palm Springs International Airport won’t let her transport people in and out of the facility.

“Nobody is trying to take the taxi business away from anybody. We are just trying to provide another option.”

She tells NBC Palm Springs she’s met with the airport’s operations manager a couple times, and clarified that she only wanted to provide customers with a safe option, using reliable, top grade vehicles. However, she claims the operation manager left her shocked with his response.

Furthermore, as a former Desert City Cab, American Cab, and Yellow Cab driver, she assures that these franchises use salvaged vehicles; vehicles she refuses to operate.

“No thank you. I don’t work that way. If I’m not going to give good service to people, I don’t want their money.”

“[The] condition of vehicles is extremely important to the general public safety.”

He also says he’d be happy to give them a spot, as long as they have state approval.

“All transportation companies, as I mentioned limousines, shuttles, Transportation Network Company vehicles (Uber, Lyft), as long as they are licensed by the state, can operate here.”

Another one of Josefina’s concerns was being able to rent a spot at the airport. As far as that goes, Nolan says all transportation companies get the same space to load and unload passengers. It’s nothing personal, just policy.

“There is no ground transportation that has ever rented specific space, they only use space when there is a need.”

We reached out to Josefina Lopez asking her whether or not her California Business Operations License has been approved, and is up to date. She told NBC Palm Springs it is. We will continue following this story and keep you updated as more details become available to our newsroom.