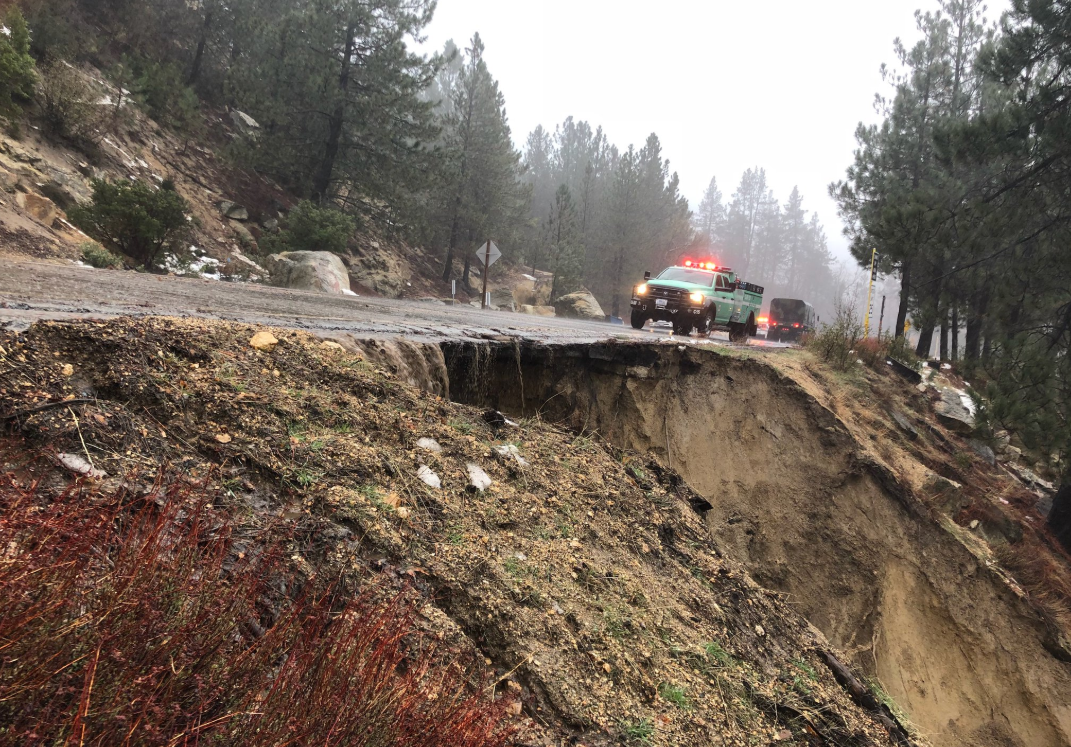 Sections of state Route 243 between Banning and Mountain Center collapsed Thursday amid heavy downpours and runoff, forcing public safety officials to close the mountain highway on both the north and south sides of Idyllwild.

“The storm is not over yet, so we can’t fully assess the damage,” Caltrans District 8 spokeswoman Terri Kasinga told City News Service this afternoon. “There is stuff we cannot see. There could be a lot more damage than what we know of right now.”

According to Kasinga, at mile markers 3 and 9 south of Idyllwild, the roadway surface broke away, leaving major sinkholes. At mile marker 16.5 north of Idyllwild, going toward Banning, a segment completely collapsed, with storm runoff streaming down an embankment. 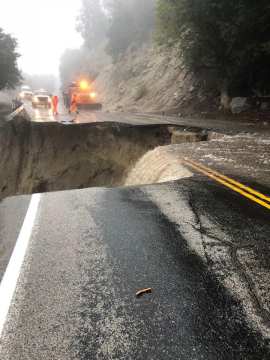 Kasinga told CNS that transportation engineers were also inspecting a portion of the highway at Jamison Road north of Pine Cove, where the California Highway Patrol had come across additional fragmenting of the roadway surface.

“It just keeps happening,” she said.

The CHP shut down the entire 30-mile route to through traffic, allowing only motorists with properties in the area to travel it, provided they can reach their destinations.

“There are kids in school in Hemet who may not be able to go home tonight,” Kasinga said.

There are unpaved forest roads within the San Bernardino National Forest linked to the mountain highway that could permit access to areas impacted and isolated by the closure, but the condition of those roads was not immediately known. 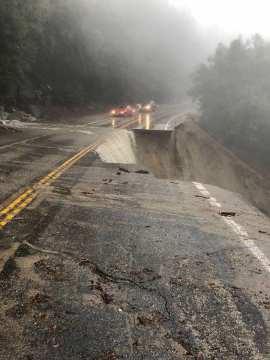 According to Kasinga, Caltrans intends to conduct a comprehensive inspection after the storm activity clears to the east, though additional — less intense — precipitation is in the forecast over the weekend.

She said administrators were hoping to have an emergency work order for roadway repairs signed with a contractor by Saturday, but that wasn’t a certainty.

State Route 243 will likely be closed for the rest of the month, Kasinga said.