Five people are dead after a shooting at Aurora, Ill. manufacturing plant

Five people were killed and five police officers injured in a shooting at a manufacturing company in Aurora, Illinois, on Friday afternoon. The alleged gunman was apprehended, authorities said.

Police officers responded with a heavy presence to reports of an active shooter at Henry Pratt Co. just after 2 p.m. CST on Friday. About an hour later, authorities said the suspected shooter had been apprehended.

The injured officers are in stable condition, a spokesman for the mayor’s office confirmed to NBC Chicago.

At least five people were taken to different local hospitals for treatment. One of the patients was transferred by helicopter.

At least two patients were treated for injuries that were not life-threatening. There was no information on the condition of three others. The U.S. Marshals Service confirmed that several of its personnel and task force officers are at the scene.

Aurora police said the area around the Henry Pratt Company is still on lockdown.

“The customer said they heard one shot fired, then more shots like ‘boom, boom, boom,’” she said

Henry Pratt Company is a large manufacturer of valves and other industrial equipment and owned by Mueller Water Product Inc., an Atlanta-based corporation.

Schools in the area are being held on a soft lockdown, West Aurora School District 129 said in a Facebook post. 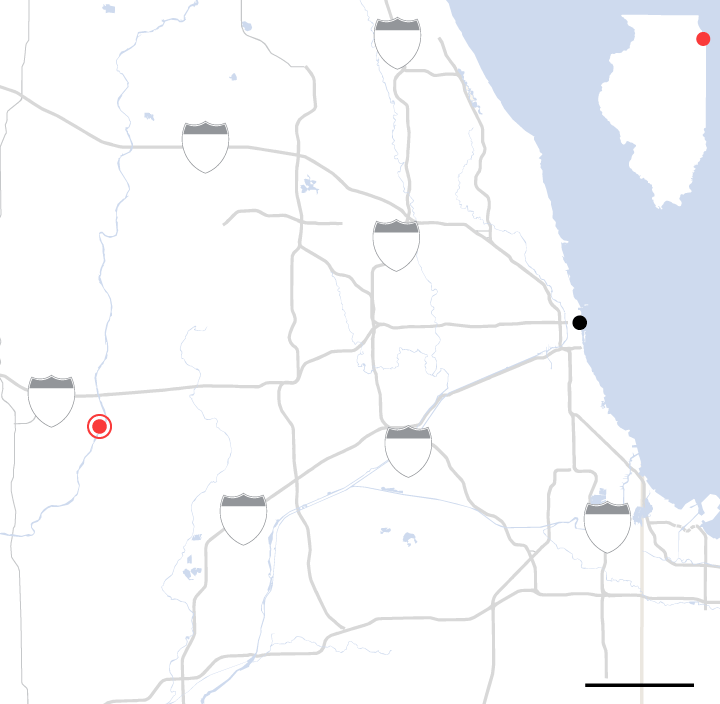 “There are reports of an active shooter at the Henry Pratt building near Cleveland and Prairie just east of Luigi’s Pizza, as a result, we are holding all district students in place for their safety, there is a police presence in the area,” the district said.

The FBI and the Bureau of Alcohol, Tobacco, Firearms and Explosives also said they are responding to the building.

Sens. Tammy Duckworth and Dick Durbin, both Illinois Democrats, each tweeted about the shooting and said they were keeping track of updates.

“This is a scary, sad day for all Illinoisans and Americans,” Duckworth said. “Thank you to the brave first responders who risked their lives this afternoon and apprehended the shooter.”

This is a developing story. Check back for updates.