Road Repairs Could Continue Well Into The Future After Record Storm 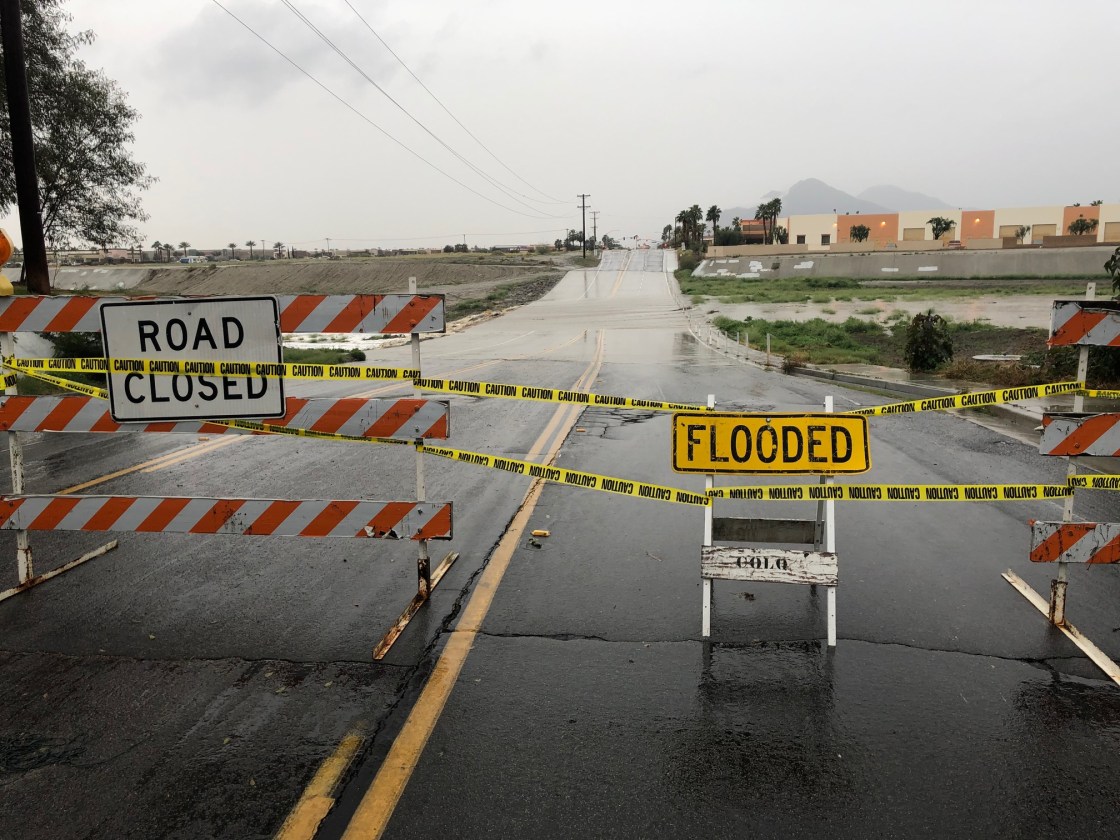 Submerged in mud and debris from Thursday’s storm, cities across the Coachella Valley could continue digging out and rebuilding roads well into the future, officials announced Friday.

Numerous city streets remain clogged by the aftermath of the storm as a result of the region’s biggest storm in years. one that also caused some mountain roads to crumble into the canyons below.

At least three sections of mountainous state Route 243 between Banning and Idyllwild were compromised by storm runoff which opened a massive sinkhole that washed away most of the pavement in one section, Caltrans District 8 spokeswoman Terri Kasinga said.

The 243 was closed to through traffic and likely will remain out of service for the rest of the month, Caltrans officials said.

A section of Tramway road — the only way to and from the largest rotating aerial tramway in the world —  was washed away Thursday by heavy rains, Vice President of Marketing and Public Affairs Greg Purdy said. A culvert under the road was breached causing the asphalt damage, according to Purdy.

A time frame for the road’s repair was not given.

Cook Street will close on Feb. 19 at 5:30 a.m. and reopen at 3 p.m. on Feb. 20, Carney said. She encouraged motorists to use alternate routes, such as Portola Avenue.

Cook Street is only one of the several closures that occurred following Thursdays storms. A series of road closures continue throughout the desert area due to mud and debris from the heavy rain, which also caused some rockslides.

In Palm Springs, the closures include a stretch of Highway 111 between Interstate 10 and Overture Drive in both directions and portions of Gene Autry Trail, Indian Canyon Road at the wash and Farrell Drive.

Baristo Road at South Indian Canyon and Murray Canyon at South Palm Canyon — as well as El Cielo Road between Mesquite Road and Escoba Drive — have reopened Friday afternoon following their closure Thursday, according to the Palm Springs Police Department.

More rain is expected to fall next week.