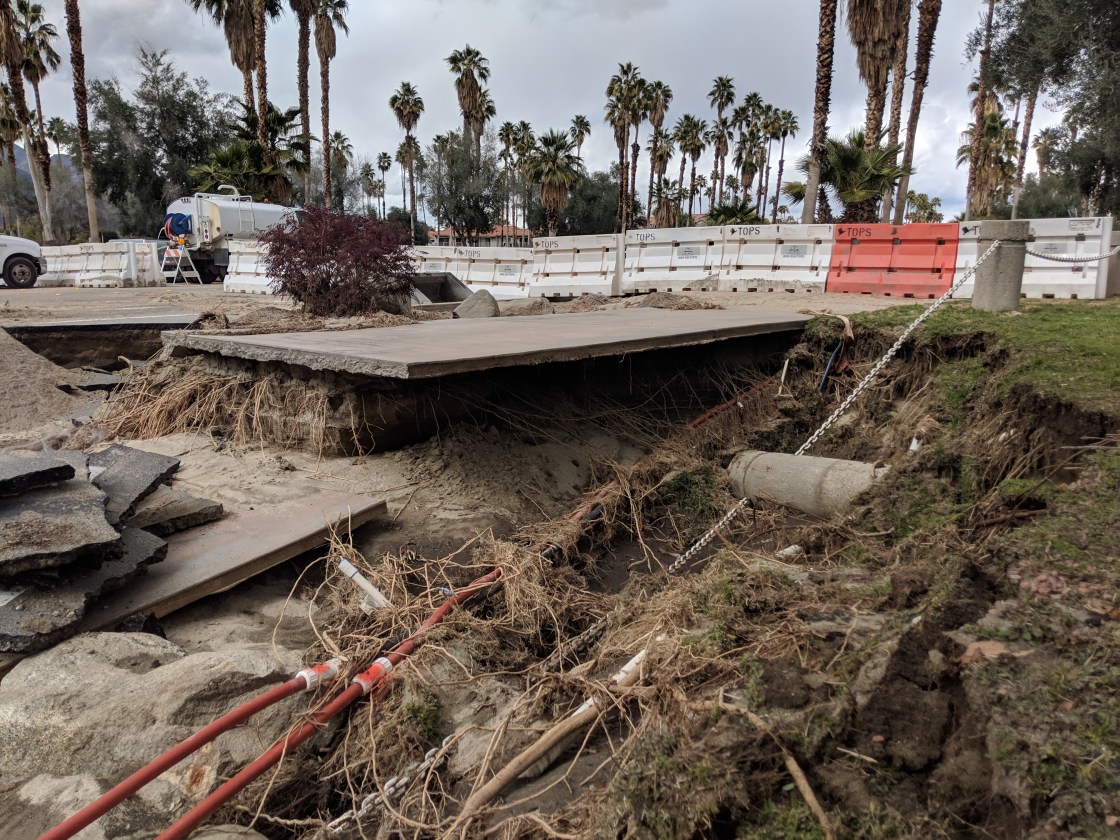 A week ago raging water wreaked havoc in the Coachella Valley, and while the waters have receded, the damage left behind is stunning and will be impacting the live’s of locals for some time to come.

Farrell Drive turned into a river and left behind a path of destruction, but crews are working quickly to reopen the road and the city spokesperson said Farrell could reopen in days. 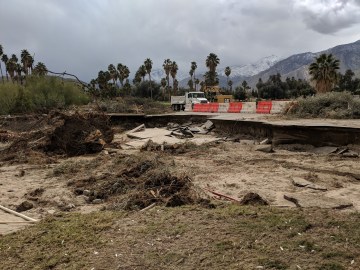 On nearby Araby Drive, the forecast is not as bright.

The construction crews work to move mountains of mud just to try to find the road.

Don Fonvillo manages the site on Araby, he said, “I thought mother nature is pretty darn power and it ain’t stopping what she wants to do.”

Sections of Araby Drive will need to be repaved, but it is still a couple of weeks of work away from re-opening.

But in North Palm Springs, the news is even better, on North Indian Canyon Drive, crews cleared the debris and re-stripped the road, the street officially re-opened on Thursday afternoon.

Meanwhile, on Highway 111 the lanes going into Palm Springs remain shut-down. Traffic is being directed into one lane each direction to the I-10.

Despite the extensive damage, a full re-opening is at least one week away. 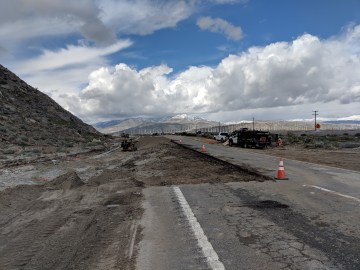 While progress has been made in most spots affected by the storm, at Tramway Road little has changed. Employees denied access to the road to visitors and media to collect any updated visuals of the damage.

However, Tramway officials said the road repairs have not started but they expect construction equipment to arrive Friday morning.

Officials added they have no idea when one of Palm Springs most popular tourist attraction will re-open.