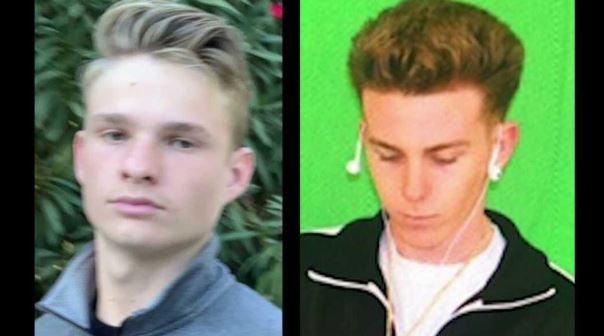 Two teen boys were electrocuted and died Monday in a canal in Dixon, according to the California Highway Patrol and Solano County Sheriff’s Office.

The CHP, Dixon Fire Department and sheriff’s deputies responded to the scene where the teens reportedly were trying to rescue a dog from the canal and came in contact with a metal bridge that was electrified, a sheriff’s official said.

The two teens, identified as Jacob Hourmouzus and Jacob Schneider, both 17, were out riding ATVs before the incident, family members said.

The incident occurred in a Solano Irrigation District canal near an orchard along Dixon Avenue West, a sheriff’s official said. It wasn’t immediately clear why the metal bridge was energized.

After first responders attempted lifesaving measures at the scene, both teens were taken to Kaiser Hospital in Vacaville, where they were pronounced dead, the CHP said.

“How do you break it to your son’s best friends that it’s not a joke,” said Candy Carrillo, Hourmouzus’s mother. “He passed away yesterday, and now we’re planning for his funeral.”

On Tuesday, the Dixon High students were being hailed as heroes, remembered for their positive nature and willingness to help others. In the evening, family and friends held a vigil for the boys.

“That’s the kind of person he is,” Hourmouzus’s stepfather Gustavo Carrillo said. “He just goes out there and helps anybody. There’s nothing he’s afraid of doing.”

The sheriff’s office says the dog survived and that deputies are investigating the incident.