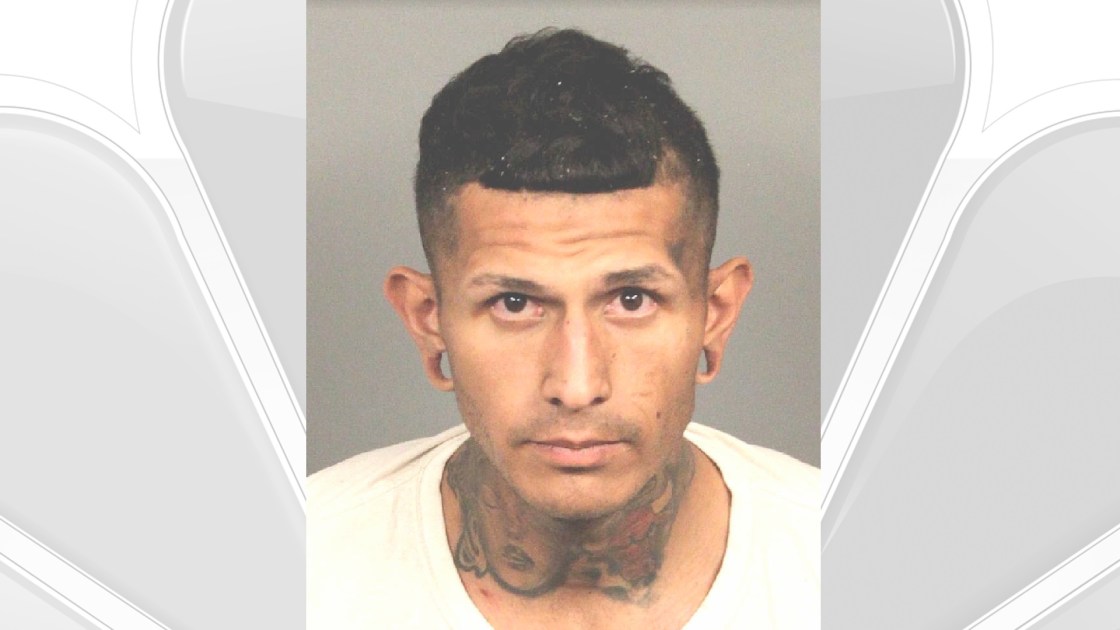 An Indio man arrested after a 15-mile police chase was behind bars Wednesday on suspicion of a series of burglaries and vehicle thefts.

Luis Meza, 23, was under investigation by the La Quinta Special Enforcement Team, sheriff’s Sgt. David Smith said. He said that around 6 p.m. Tuesday, officers spotted a white Ford F-150, driven by Meza, matching the description of a truck that was reported stolen from Palm Desert.

When deputies tried to make a traffic stop at Jefferson Street and Miles Avenue in Indio, Meza took off and led them on a chase to Thermal, where he bailed out of the truck and proceeded to flee on foot, Smith said.

The suspect was taken into custody just after 6:30 p.m. with the assistance of a California Highway Patrol helicopter crew and Palm Desert canine team, the sergeant said.

Meza was booked into the Indio jail on suspicion of evading police, reckless driving, possessing prohibited ammunition, receiving stolen property and conspiracy, as well as violating a restraining order and misdemeanor battery, with bail set at $500,000, jail records show.

Police did not immediately provide details on Meza’s alleged crimes.

He is expected to be arraigned on Friday.