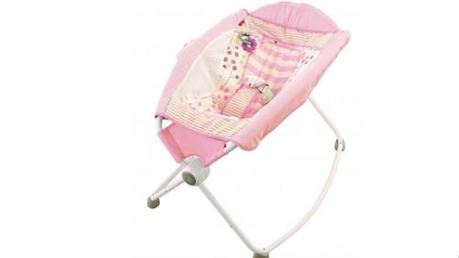 Days after Fisher Price and a federal safety commission issued a warning about the potential dangers of a popular sleeper that parents have used as the solution to getting their newborn infants to sleep, a consumer group was calling for a recall, saying at least 32 infants have died.

Fisher Price and the U.S. Consumer Product Safety Commission announced the warning Friday, notifying parents using any Rock ‘n Play product that there have been 10 deaths reported since 2015. All of the babies who died were older than 3 months old, the warning said.

But a Consumer Reports investigation found the sleeper was linked to at least 32 infant deaths.

On the heels of the warning and Consumer Reports investigation, the American Academy of Pediatrics called for CPSC to issue an immediate recall.

The AAP also warned parents to stop using the product and recommended that stores remove it from shelves.

Evan and Keenan Overton told NBC News that their 5-month-old Ezra died as a result of rolling over in a Rock N’ Play in 2017.

“It actually took our baby’s life away,” Keenan said. “We were just devastated that this chair could have been unsafe.”

The commission and Fisher Price said Friday in the warning that the infant deaths came after the babies rolled over onto their stomachs or sides in the Rock ‘n Play while unrestrained.

Ezra was found by his father face down in the sleeper after rolling over.

The commission suggests that once babies are able to roll over, which typically comes around the age of 3 months old, that they be moved to a crib or other safe environment where they can sleep on their backs.

The Rock N’ Play sleeper products have long been lauded in parenting forums for being the one trick to getting newborns, especially with reflux problems, to sleep.

Other parents on forums warn of the possible dangers, citing the AAP.

The American Academy of Pediatrics says a newborn or child should never nap or sleep in car seats, or bouncers, and also says no toys, stuffed animals, blankets or pillows should be in the crib with the child.

In a statement to NBC News, Fisher Price said it stands by the product and its safety.