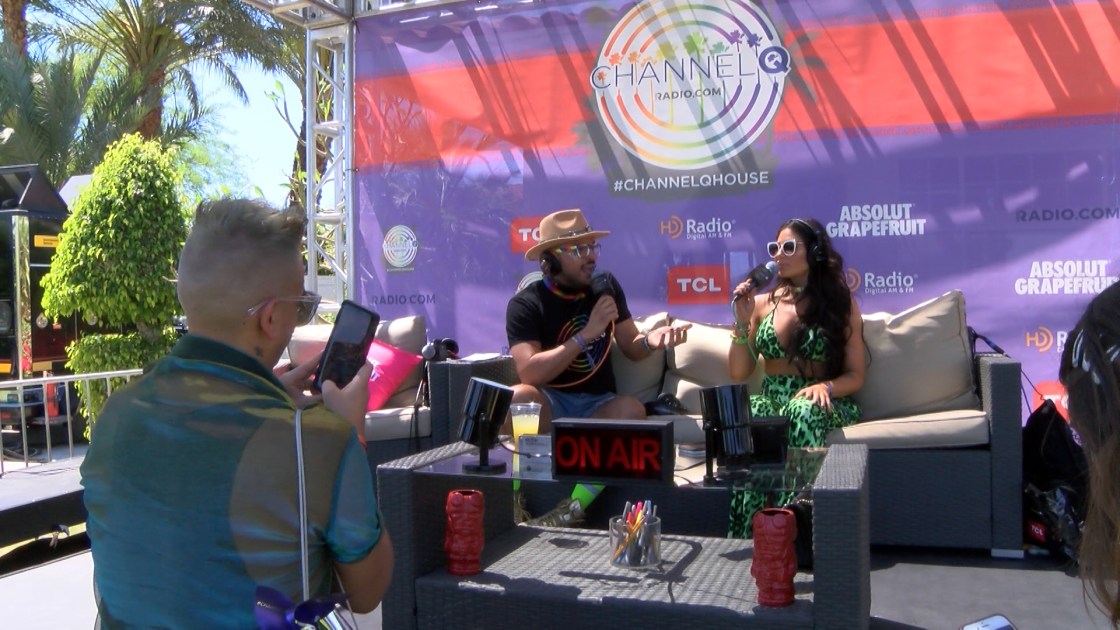 ‘Channel Q House’ Among the Dozens of Festival Pop-ups

The festivities of the Coachella Valley Music and Arts Festival reach beyond the Empire Polo Fields with dozens of pop-up parties flooding the desert.

There are several events that have become synonymous to Coachella like the Neon Carnival by Levi’s or Revolve’s party by the online clothing store.

The Channel Q House is also one of those events making a big splash during Coachella. The new radio station is the first national station with all LGBTQ programming.

These events are publicity for the companies as each weekend of the festival attracts more than 100,000 people.

Two of the station’s well-known hosts, Jai Rodriguez, and Mikalah Gordon broadcasted at the event, both are proud to represent the LGBTQ community in Hollywood.

Rodriguez, who won an Emmy along with his fellow cast of Bravo’s Queer Eye for the Straight Guy, said he does not take his new role lightly. He said being the first LGBTQ radio station to broadcast around the country comes with responsibility.

“We have a platform and how you use it speaks to who you are as a person,” Rodriguez said. “I was excited, I didn’t know the weight of it and every morning when we looked at the news cycle and decide what stories we are going to tell we definitely feel it.”

Gordon rose to the spotlight during the fourth season of American Idol, she said her role on air is to break stereotypes of the LGBTQ community. Although both Gordon and Rodriguez are entertainers, they are not afraid to unpack the daily news or even politics.

Gordon said, “I think it’s very important to have a presence in Coachella and Palm Springs because we are all about the music and diversity and bringing people together, Jai always says it best, we’re a party with a purpose.”