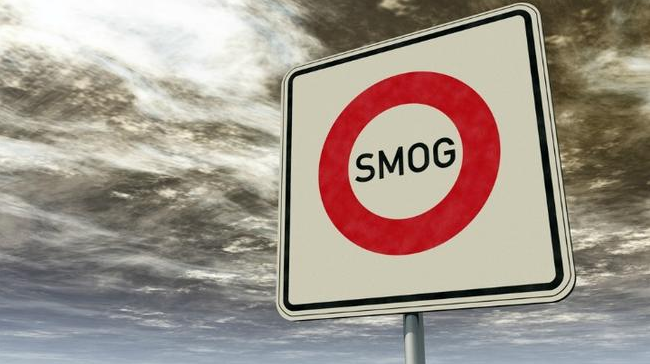 Riverside County was one of a number of counties in California graded “F” for air quality on the American Lung Association’s 2019 “State of the Air” report card, released Wednesday.

According to the 20th annual analysis, Riverside County scored failing grades in smog — or ozone — levels and in the average daily presence of particle pollution, which the U.S. Environmental Protection Agency defines as dirt, dust, soot and other “inhalable coarse particles” larger than 2.5 micrometers.

The report noted that, while Riverside County has been steadily trending down in the number of “high-particle days” documented since 2000, the area continues to suffer elevated pollution, making the airspace generally unhealthy.

The data is intended to underscore the risks to vulnerable populations within a region. According to the State of the Air report, the county’s substandard air quality poses a threat to roughly 377,000 residents diagnosed with pediatric and adult asthma, chronic obstructive pulmonary disorder and cardiovascular disease.

The county joined 31 other counties statewide that were assigned a failing grade by the American Lung Association for having excessively high ozone and long-term particulate pollution levels. In Southern California, Imperial, Los Angeles, Orange, San Bernardino, San Diego and Ventura counties also made that list.

“As a pediatric allergist, ozone and particle pollution pose significant risks to my patients,” said Dr. Sonal R. Patel, a pediatric allergy specialist in Los Angeles. “Children, seniors, people with asthma and lower income individuals face greater risks due to unhealthy air, which can cause asthma attacks, respiratory and cardiovascular harm, and even early death. Cleaning up our California’s air is vital to all our health.”

Seven of the top 10 year-round “most polluted” metropolitan areas in the nation, measured by smog impacts to air quality, were in California: