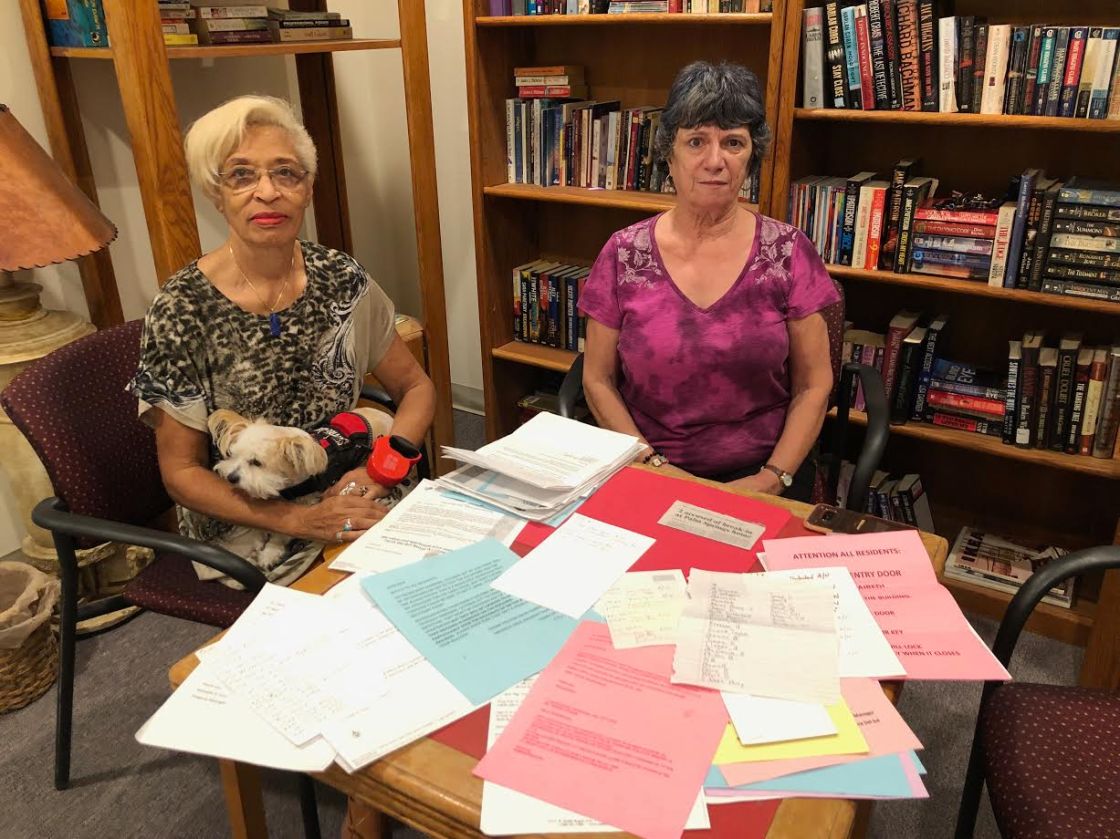 Residents of the Tierra Del Sol senior facility tell NBC Palm Springs they fear for their safety inside of the complex, and are wondering if the management company is going to do anything to change that. Nellie Siddell, a longtime resident at Tierra Del Sol in Cathedral City, says things have gotten out of hand there.

“It’s a nightmare in this building for seniors, I think.”

She says security is such a concern, that she is considering moving out even though she enjoys the partnership Tierra Del Sol has with the Senior Center (next door).

“I love the senior center. The outreach we have, the food bank…but the management here does not cooperate with the seniors.”

Nellie claims she fears for her safety here, each and every day.

“There is no secure closure to the doors. We have to be safe, and I’m not safe.”

However, while some may think this is a new problem, residents, like Beverly Gaines, say is old news.

“It’s been at least nine years that they have been asking for time. I don’t want to hear that. I want to see results. The don’t live here on the weekends.”

However, it is important to not that this is not the only problem that residents say is compromising safety in this facility. The buzz-box to let people in from the residents’ room is not working. This has proven to be a double problem because seniors who can barely walk are forced to walk down to open the main doors. Also, people who do not want to make the trip downstairs every time are latching the door(s) and facilitating the entry to anyone who wants to make themselves feel at home.

“If you live on the third floor and have a walker, you have to go all the way downstairs to outside to let people in,” Nellie told NBC Palm Springs.

There are also maps that show the layout of the building, but have no apartment numbers on them.

“Police said it would take them 20-25 minute to find their apartment once they got in,” said Nellie.

“Residents have not expressed concern for the maps, but we are happy to look into it now that you have brought it to our attention.”

AS FOR THE DOORS AND THE CAMERA SYSTEM, THEY SAY:

“The safety of our residents is our number one priority. There are signs on the doors reminding residents to close the door behind them, and we can’t control who follows the regulations. We are also working on installing more cameras for security.”

Mercy management assures NBC Palm Springs they are constantly working to improve security with their facilities.