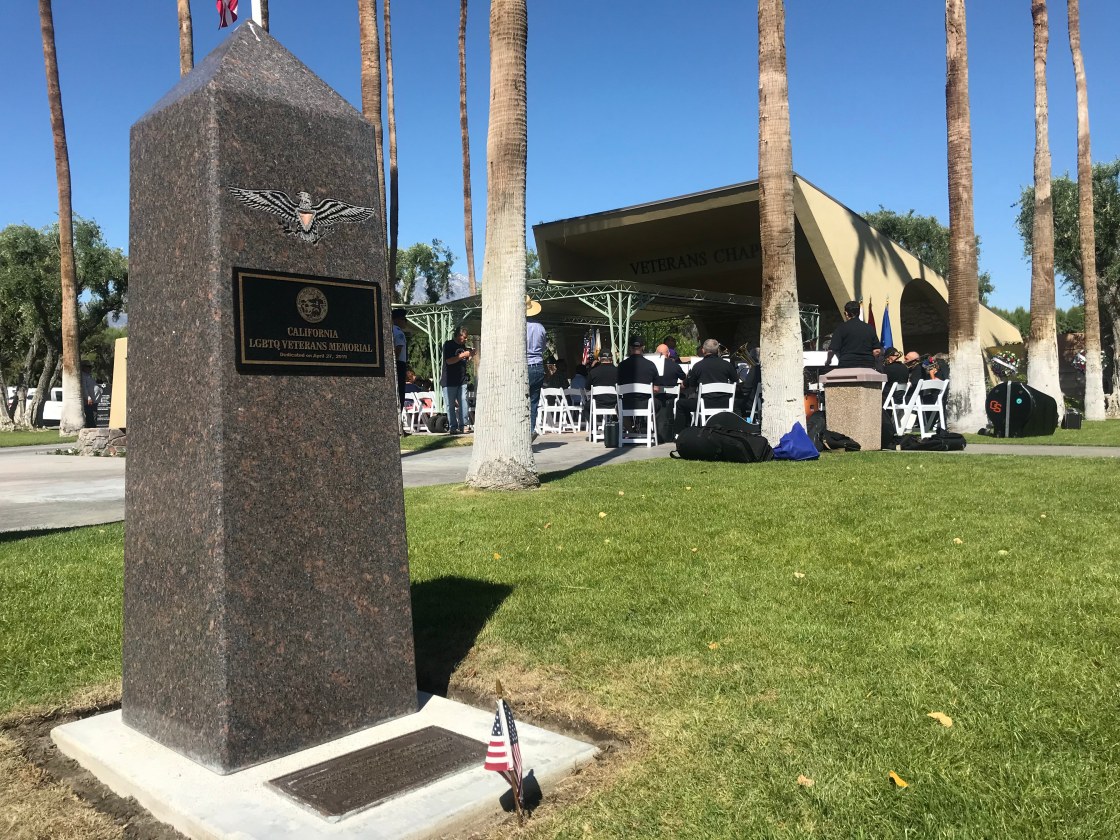 California is the first state to have a memorial to honor the sacrifices of LGBTQ members who died in our nation’s wars. On Saturday, many were able to witness the dedication ceremony for the state’s official memorial in Cathedral City.

The bill was proposed by Assemblyman Eduardo Garcia who was in attendance at Saturday’s ceremony.

“I was honored to have been asked to carry this legislation,” Garcia said. “Governor Brown signed it into law and today we’re here to celebrate an accumulation of community efforts to make sure that all veterans are recognized in this great country.”

Hernandez said the Cathedral City location is a fitting location and he had overwhelming support from the LGBTQ community to make it happen.

“This is paradise for the LGBTQ community so we think this is the right place to have it,” Hernandez said. “Right here in Cathedral City.”

The ceremony consisted of color guard performances, a symbolic wreath ceremony and a release of doves over the newly unveiled memorial. The community of people of all walks of life were able to gather as one and tell their stories.

Mayor of Palm Springs, Robert Moon, in tears, reflected on his time in service and expressed his appreciation of the memorial not only for LGBTQ veterans but their families, too.

“This memorial has become a holy place, a place of closure, a place where we pray for war dead, with their souls in purgatory, a place where people can hold hands and pray,” Hernandez said.

Coordinators said the day won’t be forgotten like the heroes now honored for years to come.