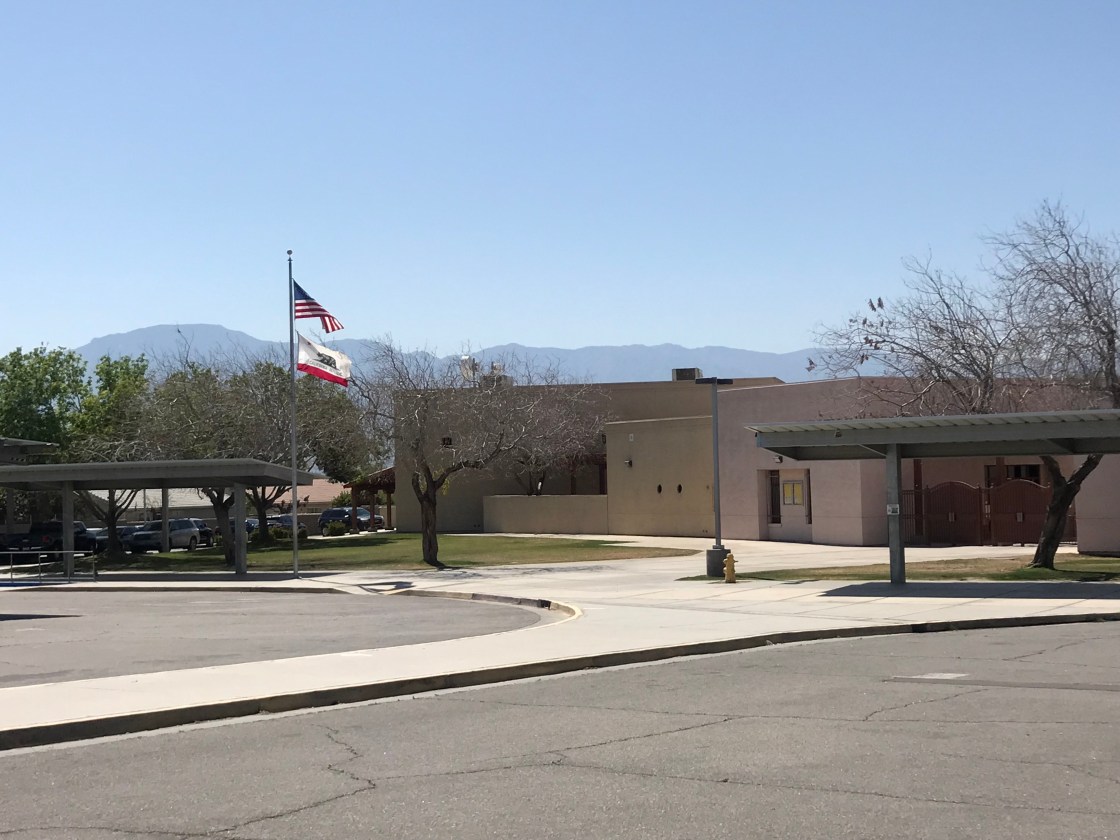 UPDATE: The school district has issued a statement following their investigation: 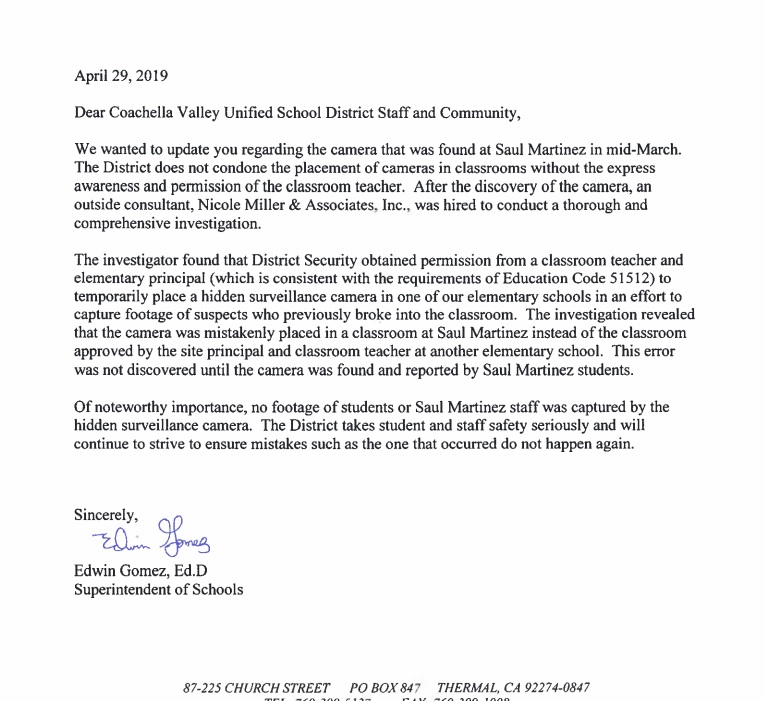 Carissa Carrera, the president of the Coachella Valley Teachers Association says she’s concerned after a teacher at Saul Martinez Elementary School in Mecca found a surveillance camera hidden underneath a desk in his classroom.

“He says he is under stress but he feels safe in the classroom and he want to be there with the students but you know he’s concerned and a little confused at this point about what’s going on,” says Carrera.

She says she’s confused about the way the Coachella Valley Unified School District is handling the incident.

She says the camera was found on March 12,  but an email did not go out alerting the staff until March 22, and law enforcement should have been called immediately, “It feels like something else is going on because we’re not getting information, it is a misdemeanor to place a camera unknowingly into a classroom, if an adult put it in there, it is a misdemeanor, and the fact that it took them 11 days to contact law enforcement definitely seems to be a lack of transparency.”

NBC Palm Springs obtained an email sent to staff on March 22, by Edwin Gomez, the superintendent of CVUSD, that says in part that human resources was made aware of an “unauthorized camera”and they encourage the teachers to look around their classrooms for any suspicious devices adding they take the incident very seriously and were investigating.

The parents we spoke with say they had no idea a hidden camera was found in a classroom and have not been contacted by the school.

“That should be the first, the first issue that they have to tell the parents that they have found something weird at the school,” says a parent who did not want to be identified.

We visited the school and tried to speak with the principal, she would not see us and directed us to the district. We called the district. They told us no one was available and asked us to send emails. Our emails were not answered.

Carrerra says teachers feel uneasy right now because there’s a lot of unanswered questions, “We don’t know who put it there and why and and so they’re not sure what’s going on … when it comes to people’s safety and security, that’s not the time to not be transparent.