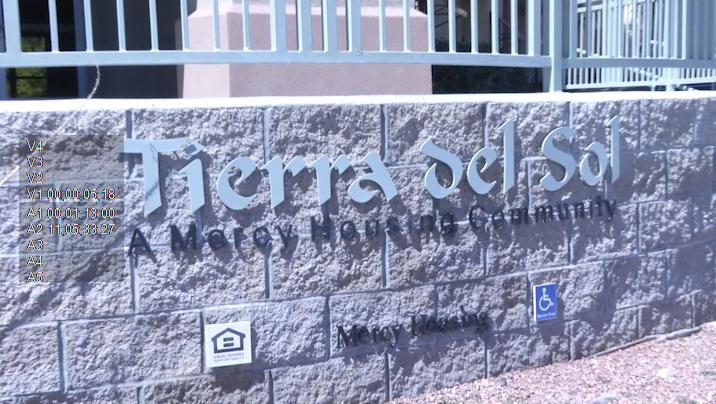 Last week we brought you a story regarding safety concerns seniors were having in the Tierra Del Sol Senior Living Facility. Today, NBC Palm Springs went to see if the security issues were being worked on, but we were met with push-back. Our crew was standing just outside of the main entrance of the Tierra Del Sol Senior Living Facility, where an employee threatened to call the cops on NBC Palm Springs simply because we were trying to get in, as a guest of a resident.

Nellie Siddell, who has been living in this facility for 8 years, was appalled that the employee wouldn’t let us in.

“After you reported, now things are getting done today. And they wouldn’t let you in the meeting. The people were very upset. The residents. They just met with me and they said, why didn’t she come in with you. We weren’t allowed to have guests. They said that’s wrong. That’s a lie.”

“That was a big meeting. We never have that many people there,” Nellie added.

Main entrance doors being propped open and a lack of an elaborate surveillance system were among the issues that were discussed.

“Let’s see if we get those cameras because we need to know who is coming in and out of this building,” Nellie told NBC Palms Springs.

Last week Mercy Housing Management Company told NBC Palm Springs they were working on fixing those problems, and today they started the first phase. Commander Paul Herrera, with the Cathedral City Police Department, went to the meeting as says an improved security plan is in the works.

“Management is doing what they can, from what I understand to try to resolve the issue through a mechanical system that works correctly and is reliable,” he added.

Aside from a surveillance system being installed, there will be consequences if residents deliberately compromise safety in the facility. Something Beverly Gaines, who has lived at Tierra Del Sol for ten years, says is a great idea.

“If anybody is making those doors not close securely they are in danger of losing their residency. That is what we need.”

All in all, proactive steps are being taken to ensure the safety of residents. Hopefully, they are actions that will make residents there feel safer and feel heard. As it stands, the latches are currently being removed from the doors, and Mercy Housing representatives say the surveillance system should be approved roughly within the month. NBC Palm Springs will continue to keep you updated on this case, as soon as new developments arise.