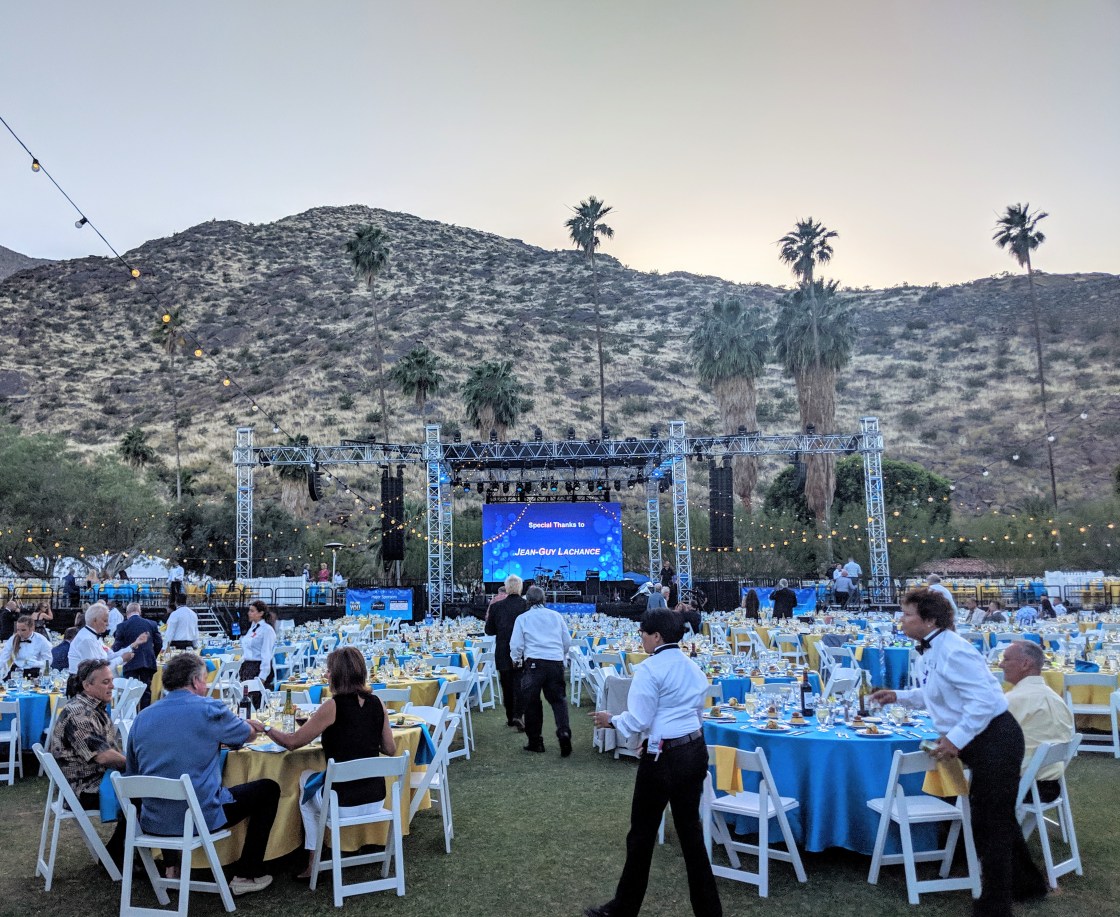 The Palm Springs “Evening Under the Stars” may be the biggest charity event of the year, the fundraiser for AAP Food Samaritan helps provide nutritional support to low-income residents living with H.I.V. and other chronic illnesses.

It was a night of giving at the O’Donnell Golf Club in Palm Springs, hundreds of locals attended the 26 edition of the charity event.

Michael Melancon and Glenn Johnson were honored at the event with the Gloria Green Inspiration Award for their philanthropic work within the Coachella Valley.

Melancon said, “So many people have given so that people with HIV can have meals and that is the primary reason why we are here tonight.”

The AAP Food Samaritan began its mission in 1991 first helping those living with H.I.V. but it’s expanded over the years. The charity provides food vouchers to low-income residents living with Cancer, M.S. and other chronic illnesses, it reaches more than 2,300 locals.

Johnson said, “As the AIDS crisis kind of diminished, they expanded their mission of AAP Food Samaritans to meet people with insecurity needs much more broadly and so they have done a great job of adapting to the changing needs of the desert community. “

The highlight of last year’s event was a performance by Gladys Knight, this year the “Music of Abba” took over the stage performed by Arrival from Sweden.