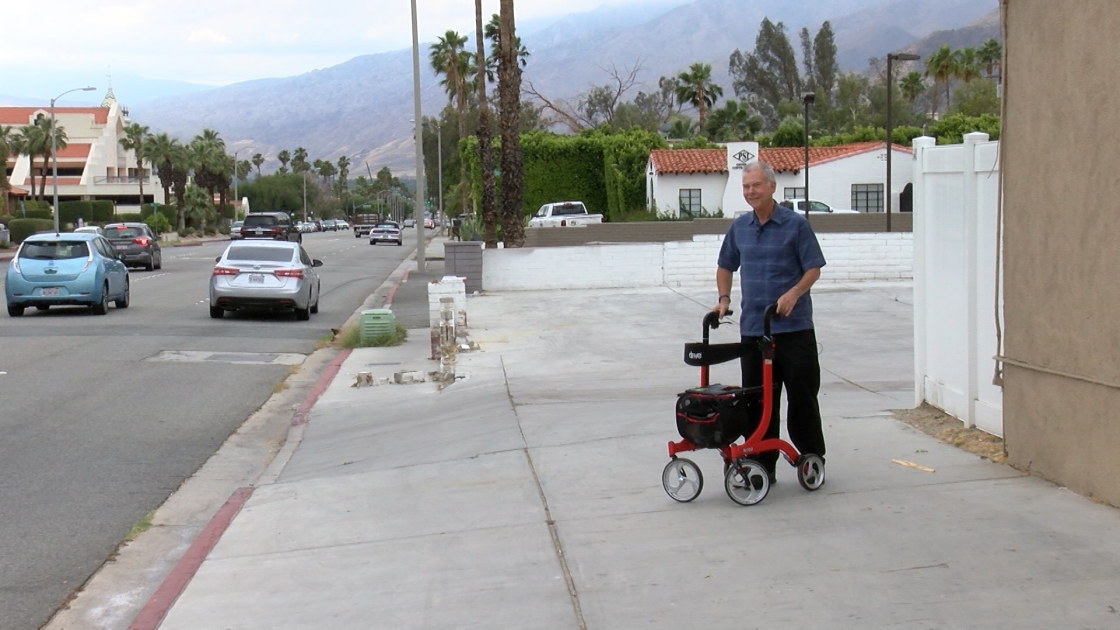 A local man says he is leaving a one-star review on Uber after a negative experience with the ride-sharing app, he said the driver drove-off and canceled the trip after noticing his mobility assistance needs from a walker.

Bryan Desimas usually rides on Uber or Lyft to get around and he said his walker was never an issue until Thursday when an Uber driver en-route suddenly changed course.

He said there were no spoken words between him and the driver, but he said his facial expression said it all.

Desimas said, “He looked at me and he looked directly at my walker and he turned around and left.”

He suspects the driver left because of his walker, which surprised him since he uses Uber often and rides with the walker.

He said, “It stays folded, it fits in every car I’ve been into, Lyft or Uber.”

Desimas and other locals who need assistance with mobility do have options when it comes to Uber, it is called Uber Assist.

The drivers with Uber Assist are trained to assist seniors and people with disabilities and the cost is the same a regular Uber X ride.

Desimas said, “But my point was customer service wise if you just stop and say, ‘look I cannot pick you up,” I would have been fine with that but the way he just dissed me, I thought that was extremely rude and uncalled for.”

He sent a version of what happened to corporate but feels the company should take a better look at their service.

He said he may try Uber Assist in the future although he is more likely to ride with Lyft next time.

Desimas said, “I know he’s not the first one he has turned down, and who knows the reason he is putting to turning down but they need to look at that.”

Shortly after NBC Palm Springs contacted Uber, Desimas received a phone call from headquarters to apologize over the incident. Lyft also offers a similar mobility assistance ride on their application.