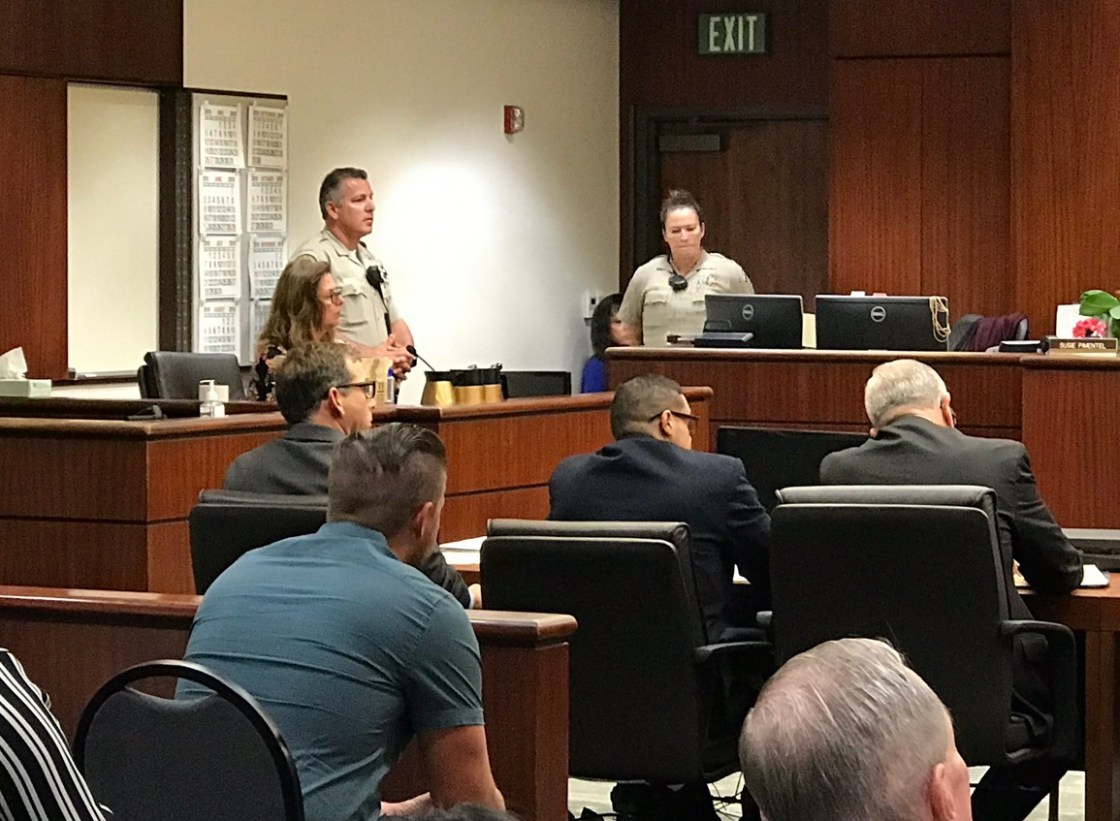 As the defense and prosecution gave their opening statements in the penalty phase in the trial of the People v. Felix, convicted murderer John Hernandez Felix looked down.

Assistant District Attorney Michelle Paradise told jurors Felix showed no compassion or remorse for killing Palm Springs Police Officers Jose ‘Gil’ Vega, Lesley Zerebny and tried to take out as many officers as he could that day and deserved no compassion himself, saying he should pay with his life for what he did.

The prosecution said the impact of their deaths has had a huge impact on their families and colleagues, as they showed images of  Officers Vega and Zerebny with their families, it was emotional for many family members in the courtroom.

The prosecution brought up every police officer there the day of the shooting, to show the lasting impacts the shootings have had in their lives.

Officer Abraham Vargas broke down as he spoke about the bond he had with Officer Vega, “We had a good bond,” and he also got angry and said, “I can’t f****** look at him,” referring to Felix, who sat only a few feet away. Felix never looked up. Vargas apologized for the language he used.

Officer after officer who got on the stand described having survivors’ guilt.

“Anger on why it was them and not me,” said Officer Burton, who described Officer Vega as a father figure to him, “I learned everything I do today because of him.”

Burton also described Officer Zerebny as a little sister, “She was a great human being, funny, a great mother.”

They also described the negative impact it’s had on their family lives.

“I shut down, I stayed away from people, coworkers and friends,” said Officer Byron Farley.

Serrano said this shattered his dream, a dream he worked his entire life for, “I was trying to get back as much as I could … but it was pretty much over.”

The defense had no questions for any of the officers but during opening statements attorney Jacob DeVane told jurors they had already decided on guilt and now it was time to determine the appropriate moral punishment for a man who had a mental defect and was under the influence of drugs, saying Felix was the not the worst of the worst and even in light of being convicted of the his crimes was not worthy of being put to death.