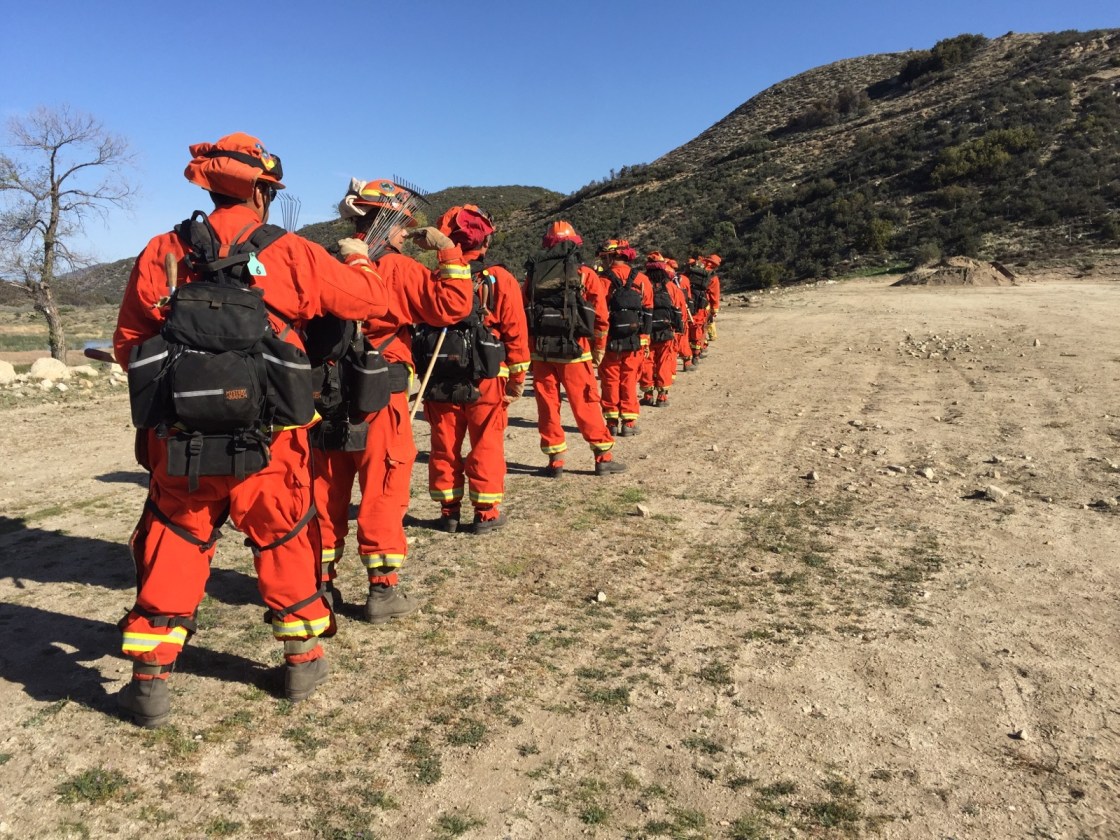 Supervisors Support Program That Puts Inmates to Work as Firefighters

The Board of Supervisors Tuesday renewed a contract with the California Department of Corrections & Rehabilitation that assigns Riverside County inmates to state conservation camps for firefighting operations.

The county began contracting with the CDCR in May 2013 for locally jailed inmates to participate in the California Conservation Camp Program. The new contract, approved by the board without comment, goes into effect July 1 and runs through July 1, 2022.

Under the agreement, the county will be eligible to assign a maximum of 200 inmates to train and work in the program. The previous compact provided space for as many as 500 inmates.

The county will pay the state $81 a day per inmate for training, and afterward, $10 daily per head for use of fire camp space — the same terms that applied under the expiring agreement. If all 200 slots are filled, the county’s total outgo for the three-year period would be just over $4 million, according to sheriff’s documents.

However, officials pointed out that expenditures eventually will be reimbursed through Assembly Bill 109, Public Safety Realignment Act, allocations from the state.

Inmates who finish the 38-day training regimen are deployed to work on hand crews to battle wildfires, as well as reduce excess foliage in parks, cut firebreaks in the vicinity of homes and businesses, clear debris from roadsides and trails and participate in sandbagging for flood prevention.

According to sheriff’s officials, the average number of county inmates who qualified and stayed in the program was about 50 in the past few years. They’re generally placed at camps in the Norco and Banning areas.

County fire officials have noted previously that offenders are screened for suitability, and people convicted of drug- and alcohol-related crimes are typical of those accepted into the program.

Board Chair Kevin Jeffries, a former firefighter, has been a steadfast supporter of the fire camp concept and advocated for the county to take advantage of it during his first year on the board, citing the manpower benefits, as well as the opportunity to free up local correctional space.