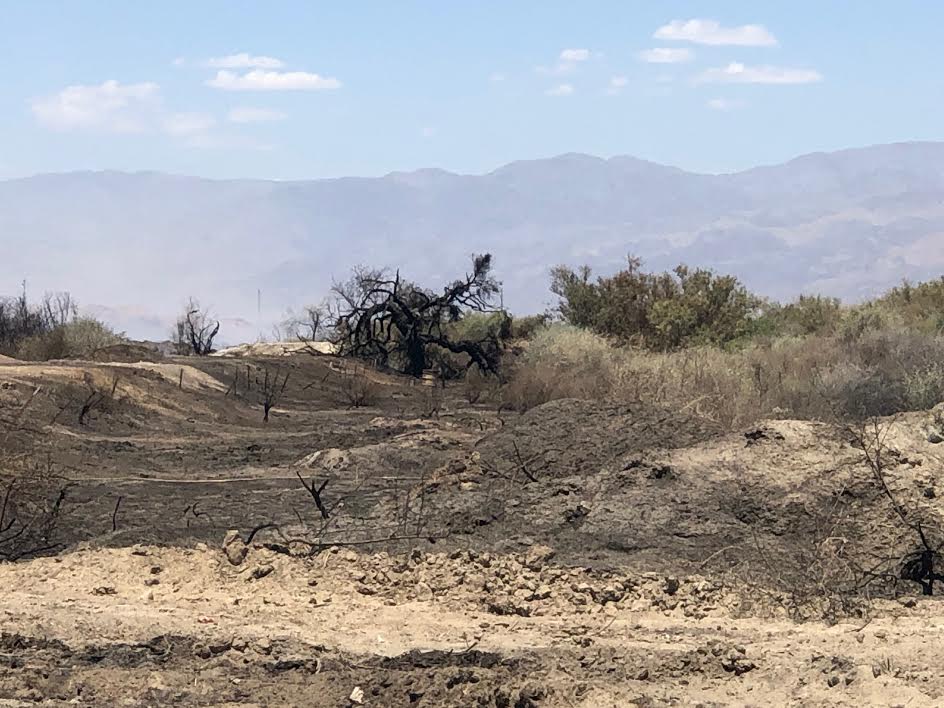 It was another eventful day in Thermal, as firefighters continued putting out hot spots. Furthermore, though the mulch fire is mostly contained, fire officials say that could soon change, if the wind fans those flames. Due to the severity of these continued fires,  Congressman Dr. Raul Ruiz met with Cal-Fire officials in Thermal to see what they are doing to help create a perimeter around the fire, in order to limit the release of more toxic smoke.

“Air quality is compromised when you can smell smoke or see ash,” said Congressman Ruiz.

At least a dozen fires have caused concern in the Coachella Valley since the start of the year. Captain Fernando Herrera with the Riverside County Fire Department tells NBC Palm Springs we could be seeing more fires in the coming weeks.

“The Coachella Valley leads the state of California right now as having the largest amount of acreage burned so far. We’ve probably burned over 2,500 acres already,” Captain Herrera added.

The latest mulch fire is the one burning in Thermal; so far engulfing over 50 acres.

“Mulch itself is compressed down. I contains seeds, so we can have spontaneous ignition,” Captain Herrera told NBC Palm Springs.

In fact, mulch tends to retain heat inside of the piles and, during this time of year, the rising temperatures increase the risk of fire.

Now, while this mulch fire in Thermal is mostly contained, the smell of smoke is still in the air. Consequently, making it something fire officials say can be very dangerous.

“The smoke that is produced, it can be very dark smoke. That tells us that we don’t just have vegetation burning. We have tires, we have waste oils, pesticides, and that’s very toxic.”

So what can be done to limit breathing this toxic air?

“They should stay indoors with the windows and doors closed, and a recyclable closed AC system. These are the signs of our times, with drier and warmer climate due to climate change,” said Congressman Ruiz.

As a precautionary measure, Cal-Fire recommends folks remove dead foliage and trim trees around their homes. They also want to remind everyone that it is important to have an evacuation plan, in case of a fire.