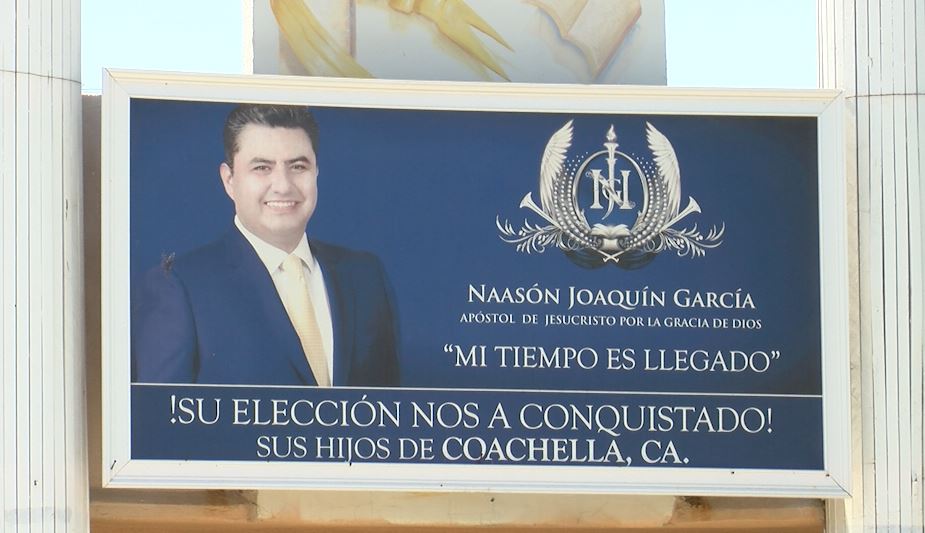 The California Attorney General Xavier Becerra announces felony charges of child sex crimes against the Luz Del Mundo or Light of the World Church religious leader and three of his women followers.

The state’s top prosecutor said Naason Joaquin Garcia was arrested along with two of the co-defendants, he said the third woman named, Azalea Rangel Melendez, remains at large.

At a press conference, Becerra said, “The crimes are alleged to have been committed during the time that Joaquin Garcia was leading as the so-called servant of God as the disciple as he is known in this religious organization.”

Garcia was charged with 26 felony crimes of alleged human trafficking, production of child pornography, rape of a minor and other felonies.

Garcia is known as the Apostle among his religious followers. The Light of the World Church has grown into more than 150 countries with two locations in the Coachella Valley.

Garcia is personally known by his local clergy members and they say prosecutors have it all wrong.

Lena Suarez grew up in the religion and she said the accusations Garcia faces go against his own teachings.

“He’s a very dedicated man who wants to spread the gospel to the world, we see his work,” Suarez said. “It’s very hurtful because we know who he is, we know his principal and he’s taught us how to be the best that we can be as husbands, wives, and children.”

Becerra said the allegations first came through a tip by the state’s department of justice to report abuse by clergy members.

The attorney general’s office plans to fully pursue this case as California grapples with a surge in human trafficking cases.

Becerra said that is the highest bail amount imposed on a person in Los Angeles County, he said it was necessary as he suspects Garcia may attempt to flee if he meets bail with the help of his million followers.