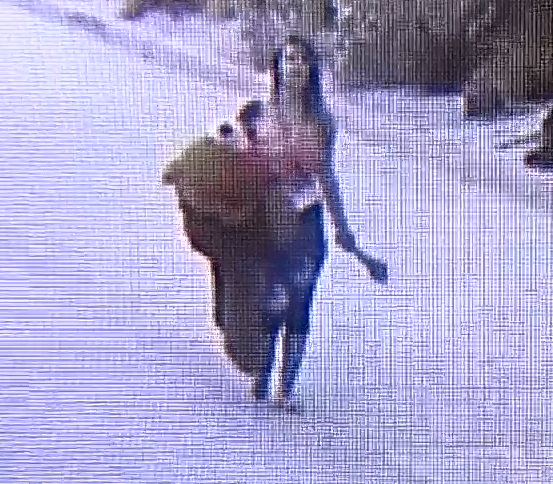 In the the last image of 25-year-old Winter Nichols she’s barefoot, and holding a large teddy bear. It was captured on May 26, 2019 by a surveillance camera at 7:41 a.m. on Calle Encilia near the Spa Casino. Just two days after it was taken her nude body was found near the Coachella Valley Water District’s Whitewater replenishing ponds.

When her friend George Davis heard about her death, he says he was in shock, “A lot of emotion, the main emotion I felt was just absolute rage at and I was very upset … for her to be discovered the way that she was discovered was just sickening.”

The Palm Springs Police Department is asking for help in solving her death. They released very few details.

But Davis says her death was not accidental, “From my sources … her body had been brutally beaten to the point of they were not able to recognizer her … they needed to identify her by her tattoos and dental records.”

He says the last image of her is haunting, “You just look at the picture … something doesn’t seem right here.”

He says she was a beautiful and kind soul, “If you needed someone she got you …  just one of those people you know that there was not negative energy … she’s simply, basically a ray, a ray of light.”