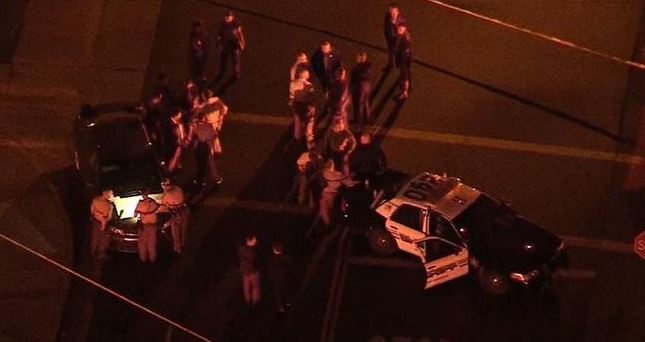 A sheriff’s deputy was recovering at home Wednesday from a gunshot wound suffered in an exchange of gunfire with a domestic-disturbance suspect who was subsequently killed in the unincorporated Lake Hills neighborhood of Riverside County near Riverside.

The shooting was reported about 7:10 p.m. Tuesday in the 17700 block of Cedarwood Drive, according to the Riverside County Sheriff’s Department.

Sheriff’s officials said deputies had gone to the location in response to a domestic disturbance call, with a caller warning that an armed suspect was inside the home with a “female occupant.”

When deputies arrived, the female came out of the home and contacted deputies, and a short time later, the suspect came out and began shooting at deputies, sheriff’s officials said.

Deputies returned fire, killing the suspect. One deputy was injured in the shooting and was taken by a sheriff’s helicopter crew to a hospital, where he was treated and later released.

The shooting took place at a home inside a gated community, KCAL9 reported in Los Angeles.

The name of the suspect was not immediately disclosed.