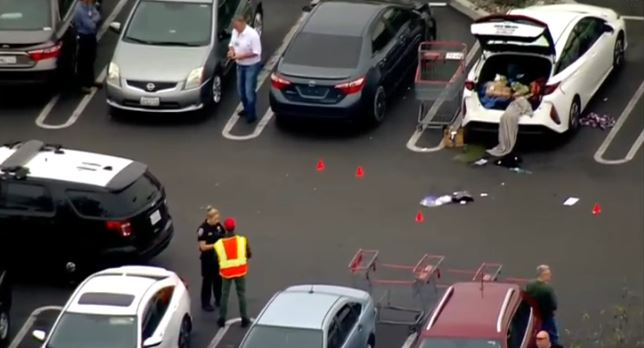 The man accused of firing several shots at his ex-girlfriend and her boyfriend as they loaded their groceries at a Chula Vista Costco Wholesale before turning the gun on himself has been identified.

At 12:35 p.m., Chula Vista police rushed to the store located on Broadway and Palomar Street just east of Interstate 5, and next to Walmart, Target and Michael’s stores.

The Chula Vista Police Department said the suspect, identified Monday as 48-year-old Sean Illian, approached the couple from behind in the parking lot and shot at them. The couple’s 6-day-old baby was nearby in a stroller and was not hurt.

The mother and father were taken to UCSD Hospital with serious injuries. Illian was pronounced dead at the hospital from a self-inflicted gun shot, police said.

“We have had several witnesses that were interviewed that said the victims were putting their groceries away when the suspect approached from behind and began firing at them,” CVPD Lt. Dan Peak said during a media briefing shortly after the shooting.

Witnesses said the suspect shot at the mother first, then walked to a nearby produce box where more ammunition was allegedly stored, reloaded, and fired several shots at the father. One witness said the man was trying to protect his girlfriend, placing himself between her and Illian while he was shot.

“This other guy was like holding her really tight. I guess he was trying to protect her. He ended up getting shot,” witness Angela Shelton said.

Witnessed also said the suspect’s gun was muzzled by a water bottle to suppress the sound of the gunfire.

“It was some sort of home made silencer or something. It was just a soft ‘pop, pop, pop,’ and I thought it was a paint ball or something,” a man told NBC 7.

The gunfire ended when the suspect turned the gun on himself and took his own life.

A CVPD detective told NBC 7 Monday night the father was able to communicate despite being shot five times.

Family members of the victims told NBC 7 the mother is from Chula Vista and said the father, Samuel Valdez, traveled from Oakland to be in town for his son’s birth.

CVPD said that according to family members, the mother and Illian were involved in a relationship that ended badly in 2018. Investigators believe the breakup and the mother’s new relationship are potential motives for the shooting.

One witness told NBC 7 she was two steps away from the parents and said she feared for her life.

“I was walking to my car when I see a guy with a little gun, like homemade, and he starts to shoot the girl so close to her body,” she said. “He finished like three shots.”

The woman said she saw the shooter reload the weapon.

It was the second shooting at a California Costco in recent days. On Friday, an off-duty officer opened fire after Kenneth French, 32, of Riverside, attacked him without provocation as the officer held his young child, according to police in Corona. The officer was the only one who fired shots, striking French and two of his family members, police said.