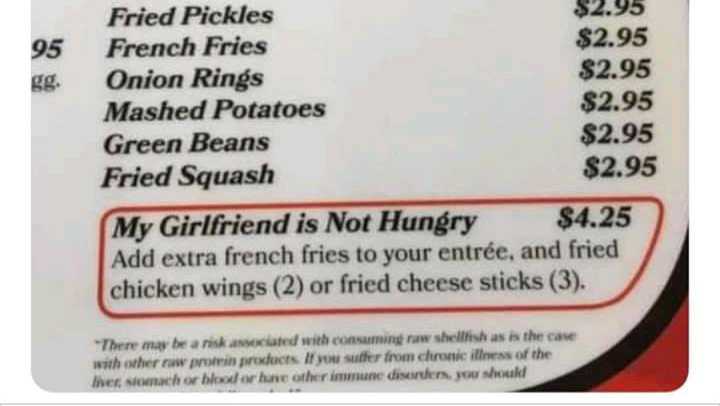 A diner in Little Rock, Arkansas, is gaining national attention for one of its menu options.

The restaurant, Mama D’s, offers chicken wings, fried cheese sticks and the opportunity for your significant other to pick at your meal.

On the menu next to the meal deals, there is an option labeled “my girlfriend isn’t hungry.” Underneath it reads, “Add extra French fries to your entrée, and fried chicken wings or fried cheese sticks.”

Some joke about bringing a fake girlfriend just so they can get extra food, saying,“Fakes that a gf is coming.”

Others said it was relatable to them, noting “This would be me!”

Some claimed that it isn’t just girlfriends who pick at their significant other’s food, writing “more like my ‘boyfriend’ isn’t hungry.”