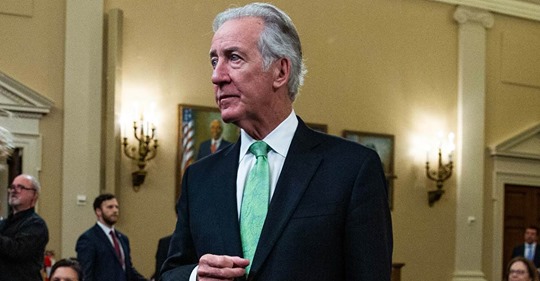 The move, which came amid a weeklong congressional holiday recess, followed a monthslong battle with Treasury Secretary Steven Mnuchin and the IRS over the tax records. Mnuchin has repeatedly denied Democrats’ requests for the financial documents, which Neal initially requested in April.

Trump has claimed since the 2016 campaign that he cannot release his returns publicly because he is under audit by the IRS.

Neal, D-Mass., issued subpoenas to the Treasury Department and the IRS in early May after Mnuchin formally rejected his request for the tax returns. Mnuchin told Neal in a letter last month that the request for the president’s tax returns “lacks a legitimate legislative purpose.”

Last month, Democrats also approved a resolution in the House to authorize the House Judiciary Committee and other committees to go to court to enforce subpoenas targeting the Trump administration.

“Is that all? Usually it’s 10, so I guess they’re giving up,” Trump quipped, before maintaining that he was still “under audit.”

“I’m always under audit, it seems,” he said. “Until such time as I’m not under audit, I would not be inclined to do that.”

Under U.S. tax law, if the chairs of the Ways and Means panel, the Senate Finance Committee or the Joint Committee on Taxation formally request a person’s tax returns, Treasury officials “shall” turn the documents over, which leading tax analysts have said means officials must provide the records.