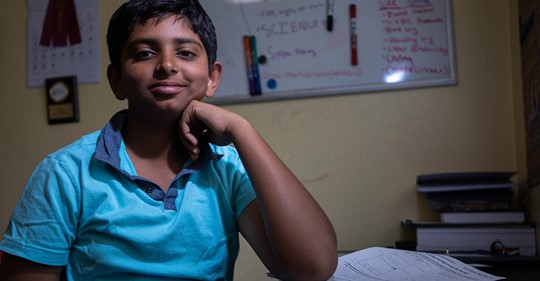 Can you imagine an app that records sound waves every time a child experiences any type of abuse? Twelve-year-old Aryan Mangal did and he spent the last six months building an app that does just that.

“Basically, I found that sound waves are created when somebody screams at someone,” said Aryan, from Fremont. “So I used this and started to detect that and then recording that. Using those recordings it would send it to parents, or law enforcement and they would stop the child abuse.”

The app functions by monitoring noise above 80 decibels or if any profanity is said.  The recordings are then used as clues to whether or not an adult is being abusive and if so, the recording is sent to family members, alerting them of possible mistreatment.

The idea for the app came to Aryan after seeing child abuse in India while eating at restuarants during his family vacations. 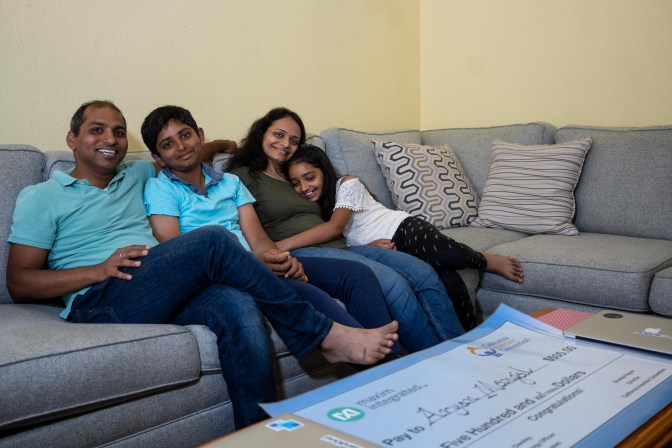 “They would scream at their children a lot and hit them,” said the Thornton Junior High student. “So, I started searching it up and discovered articles by universities but no solutions.”

His father, who was with him during those trips, didn’t realize how much seeing that kind of abuse in India affected his son and was even surprised to hear this idea come from Aryan.

“My first reaction was kind of mixed,” said Aryan’s dad, Shailesh Mangal. “Who really needs one more app, we have so many apps around us. But the real eye opener for me was when he kept pushing and he actually reached out to some non-governmental organizations – I became more of a believer than a skeptic.”

While developing the app, Aryan worked with a non-governmental organization called Justice for Children, an experience that not only validated the need for an app like the one he wanted to create but also gave him more ideas.

With a little help from his dad, his robotics teacher and a lot of YouTube video tutorials, it took Aryan about six months to build the app.

His app won first place in the seventh grade category at the National Invention Convention at the Henry Ford Museum in Detroit, but that’s only the beginning of much more success for Aryan and his app.

When NBC Bay Area asked Aryan what the name of his app is, he explained that his project and research name is “Sound Savior” but his app name is “Artemis,” after the god of childbirth and protecting children. 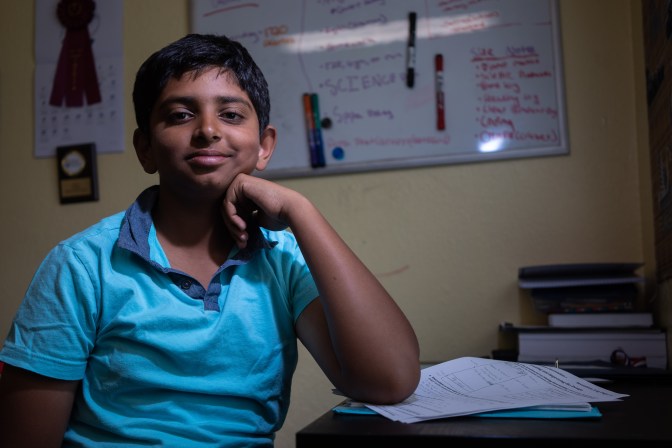 Aryan plans to spend the next three years developing Artemis so that it has “better understanding of different languages, the ability to use Amazon Alexa software and eventually merge it with artificial intelligence.” He also hopes to gain support from the companies like Google, Microsoft or Apple to help provide hardware.

“I’d like to improve the app and spread this so people can use it around the world,” Aryan said.