1 child dead, 3 in critical condition and their parents are on the run, officials say 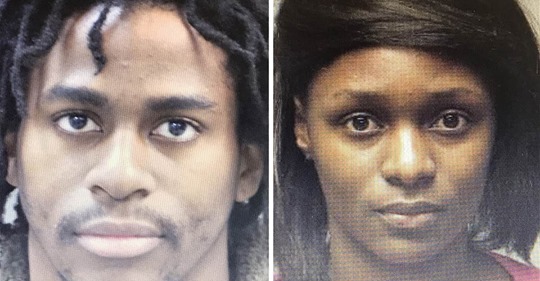 Law enforcement agencies in Oklahoma and Missouri are looking for a man and a woman after one of their children was found dead and three others were found in critical condition, authorities said.

A fifth child was born in a hotel room and was never documented, the St. Louis Metropolitan Police Department said in a statementTuesday.

Officials said that on June 10 warrants for the pair were issued for failure to appear related to three counts of child abuse and one count each of child neglect and enabling child neglect in Jackson County, Oklahoma. The county is home to Altus and in the southwest part of the state.

St. Louis police said in the statement Tuesday that the three children who are in critical condition were found in Oklahoma, and that a fourth child was found dead, but did not say where or when they were found.

It said the fifth child who was born in the hotel room has not been found.

Officials have not released the ages for any of the children. The police department did not say why the three children are listed in critical condition. Those children are in the custody of Oklahoma officials.

Altus police contacted the St. Louis police marshals task force, and “both agencies are requesting the public’s help to locate these subjects and to determine if the undocumented child is healthy and alive.”

Both Moore and Alexander are being called fugitives. St. Louis police released photos of the pair, but said the images are at least 5 years old and their appearances may have changed.

Altus is a city of around 19,800 about 120 miles southwest of downtown Oklahoma City.