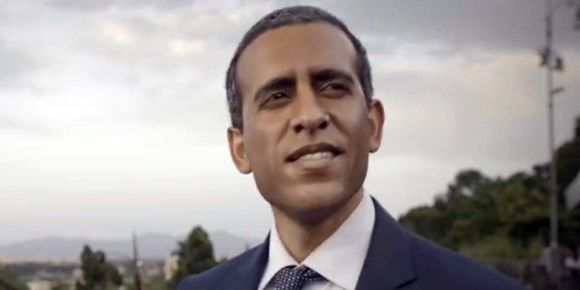 Airline Apologizes for Showing Actor In Blackface As Barack Obama

The Italian airline Alitalia has removed a video ad from the internet and apologized after it was criticized for having an actor in blackface portray former President Barack Obama.

The carrier was using videos depicting several presidents in order to advertise a new flight to Washington when people on social media expressed shock at the use of blackface, which has a long association with the caricature and mockery of black Americans.

“Alitalia deeply apologizes for the offense caused by the promotional video on our Washington route. It has since been removed,” the company said in a statement late on Wednesday.

“For our Company, respect for everyone is mandatory, it was never our intention to hurt anyone and we will learn from what has happened.”

A representative for the airline initially defended the video, saying that the actor portraying Obama was not Caucasian and that “makeup was applied to highlight features,” The New York Times reported. The actor was Tunisian, the airline said. On Thursday, though, the company said it removed the video.

Other corporate brands have pulled marketing materials and even products in recent years after similar criticism. In February, Gucci stopped selling a sweater featuring an image that resembled blackface and Katy Perry Collections pulled from its website two shoe designs that resembled blackface. In December, Prada discontinued a line of bag charms and window displays featuring monkey-like characters with outsize red lips.

About one-third of Americans believe wearing blackface for Halloween is always or sometimes acceptable, while more than half disagreed, according to a Pew Research Center poll in February.

Some people continued to heap criticism on Alitalia on Thursday. April Reign, creator of the #OscarsSoWhite hashtag tweeted, “This flew under the radar (no pun intended). @Alitalia dropped an ad featuring a white actor in blackface portraying President Obama. In 2019. Read that again.”