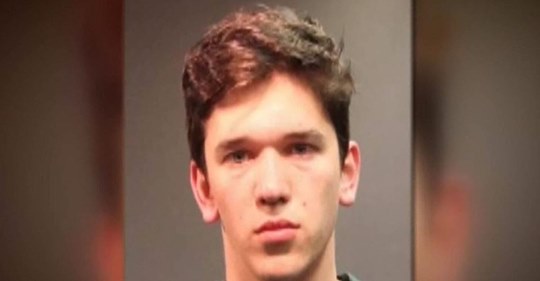 A 22-year-old Anaheim man pleaded guilty Wednesday to having sex with a 12-year-old girl he met through a dating app and was immediately sentenced to 16 months in jail.

Sean Michael Rickard pleaded guilty to unlawful sexual intercourse with a minor three years younger than the perpetrator. As part of his plea deal, prosecutors dismissed three counts of lewd acts with a minor younger than 14 and one count each of distributing pornography to a minor with the intent to engage in sexual conduct and luring a child with the intent to commit a specified crime.

Rickard has been in custody since his arrest on Feb. 27.

A charter school student in Santa Ana saw the victim get into a car with an adult man Feb. 27 and snapped a photo that she showed her mother, Santa Ana Police Cpl. Anthony Bertagna said.

Police determined who the girl was and began investigating Rickard, Bertagna said.

The two met through the Tinder app about eight months prior to his arrest, when she claimed to be 19 years old, he said. A few weeks ago, before they met in person, she confided that she was 12 “and he (said he) didn’t care,” Bertagna said.

Rickard drove the girl to a parking lot in Santa Ana on Feb. 27, where they engaged in a sex act, Bertagna said.

After police began investigating Rickard, they communicated with the suspect through the girl’s phone, pretending to be the victim, Bertagna said.