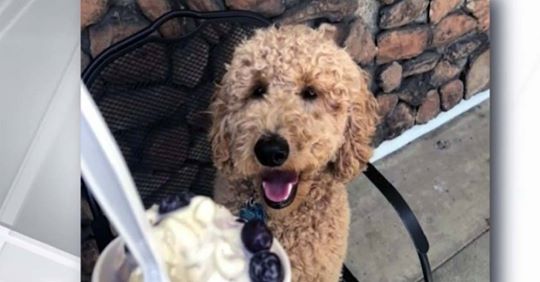 The Food and Drug Administration is sending out a warning after a Bay Area dog owner’s trip to the ice cream shop ended up with a trip to the animal ICU.

“They had skinny vanilla, and I thought ‘ok well dogs aren’t supposed to have a lot of sugar so maybe that’s what I should get,'” said Kriz.

She checked the ingredients again after he ate it and saw it had the artificial sweetener xylitol, a popular ingredient in ice cream and peanut butter, so she decided to call the vet.

“I thought I was being a good mom and giving him a sweet summer treat and turns out it was toxic,” she said.

Monte was monitored for potential liver failure for three days before making a full recovery.

Kriz contacted the FDA and this week, the regulators issued a nationwide updated warning about giving xylitol to dogs because they’re unable to metabolize it.

“Anything that’s not specifically intended for dogs, you should be aware of what’s in it and always check for artificial sweeteners because they’re everywhere,” said veterinarian Brennen McKenzie from the Adobe Animal Hospital. “Most of them are safe for dogs, but xylitol is certainly not.”

While Monte is safe, Kriz hopes there will be warning labels on products so other dog owners don’t make the same mistake.

“If you can learn from our heartache, that’s a benefit,” Kriz said.

She gave her dog ice cream, and it ended up in the animal ICU. Now she, and the FDA are issuing a warning about giving dogs ‘human food’ with the ingredient Xylitol…story at 11 on @nbcbayarea pic.twitter.com/XguLQtb8qz