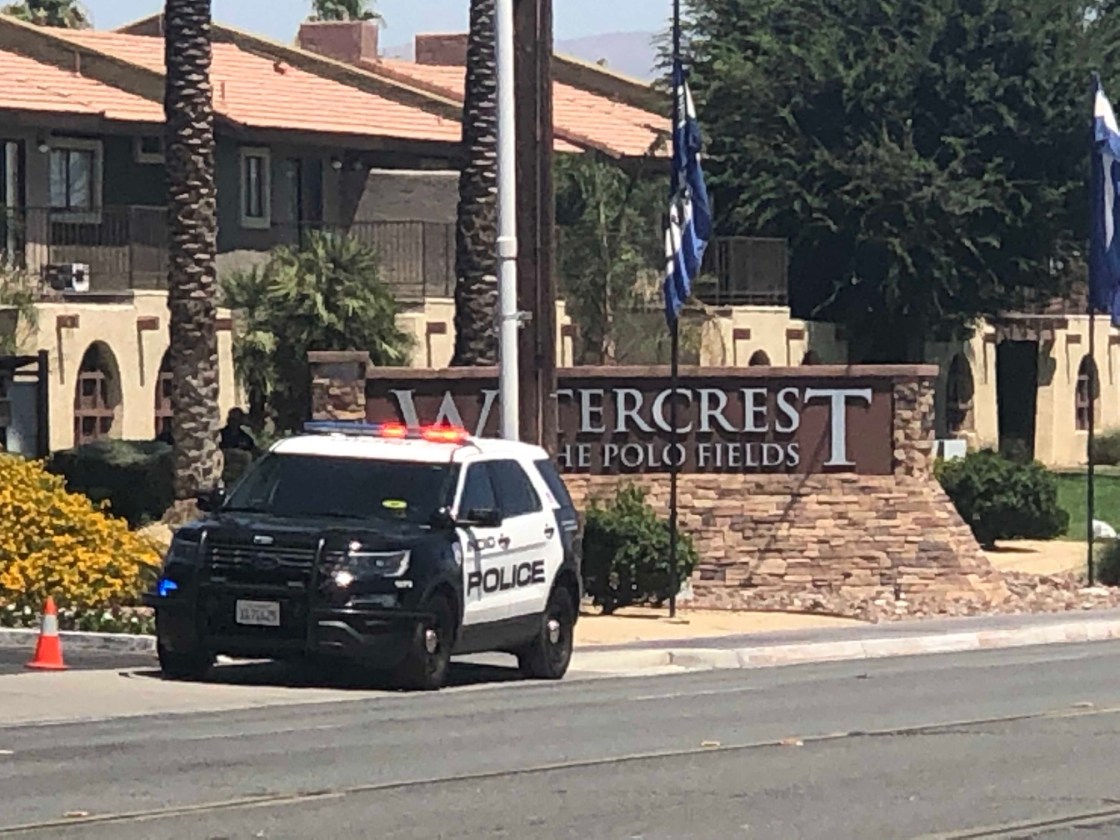 Part of an Indio apartment complex was evacuated Thursday when workers reported “suspicious wiring” inside an evicted tenant’s former unit.

Officers were sent about 9:30 a.m. to the Watercrest at the Polo Fields apartment complex in the 46000 block of Monroe Street and evacuated about a dozen nearby units as a precaution, according to Indio Police Department spokesman Benjamin Guitron.

A Riverside County sheriff’s hazardous device team arrived around midday and spent about three hours at the complex before determining there was no hazard, he said.

It was not the first time police had been called to the same apartment. On June 9, police received a call about erratic behavior by the man then living in the unit, and he told responding officers he was manufacturing a bomb inside his residence, Guitron said. Police evacuated nearby units on that day, as well, before determining there was no threat.

The tenant was subsequently evicted, but the call heightened concerns about the suspicious wiring discovered Thursday morning, Guitron said.

“Last time we were here we had a similar circumstance, so we thought (we should) again call the Hazardous Device Team and look at this device,” he said.

Police began notifying evacuated tenants that it was safe to return to their apartments about 3 p.m. Many of the residents had been directed to the Indio Senior Center a few blocks away, at 45700 Aladdin St., amid triple- digit temperatures, Guitron said.