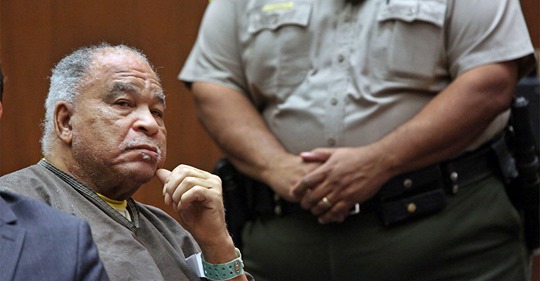 Authorities are investigating whether possibly the most prolific serial killer in U.S. history is behind the death of an Arkansas woman in 1994.

Police in Pine Bluff are reviewing the case of Jolanda Jones’s death after Samuel Little confessed to her killing, which had been determined to be drug-related.

Investigators have linked 79-year-old Little to more than 60 killings in at least 14 states dating back to the 1970s. He said he killed 93 women as he crisscrossed the country over the years.

He told investigators he targeted women who wouldn’t be missed right away, such as street people or prostitutes, and whose necks appealed to him for strangulation as that gave him sexual gratification.

According to a police memo, when Little was in custody in Dallas, Texas, in October 2018, he indicated that he killed Jones, the Pine Bluff Commercial reported . The memo also said that Little painted a picture of Jones as he had of many of his previous victims.

Deputy Pine Bluff Police Chief Terry Hopson said Little described details of how he killed Jones on a Pine Bluff road. Those details have not been made public.

“I had been at the location on Port Road at the time of the female’s death, and Little had described it as if he were there,” Hopson said in the memo.

Little was convicted in 2014 of killing three Los Angeles-area women and pleaded guilty in 2018 to killing a Texas woman in 1994.

He’s now in California serving life sentences and has cooperating with authorities. He’s exhausted his appeals and is now in failing health, leading him to be forthcoming with investigators, authorities said.