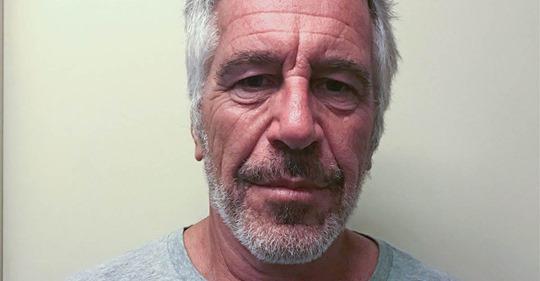 The defense had proposed a $77 million bail package, with Epstein’s private jet and Manhattan mansion as collateral.

“I doubt any bail package can overcome” any danger to the community, Berman said.

Epstein, 66, was arrested July 6 at a New Jersey airport after arriving from Paris and accused of sex trafficking and conspiracy.

He faces up to 45 years in prison on allegations that he sexually abused dozens of underage girls at his homes in New York and Florida from 2002 to 2005. He has pleaded not guilty.

Berman sided with prosecutors who said agents unearthed a “pile of cash, diamonds” and “a passport from a foreign country” in a safe belonging to Epstein.

And prosecutors had said Wednesday that Epstein used the foreign passport with a fake name to enter several countries in the 1980s including the United Kingdom, Spain and Saudi Arabia.

The questionable travel document was found inside the safe — along with $70,000 in cash and 48 loose diamonds — in the New York City home of the wealthy financier and accused sex trafficker. It contained a photo of Epstein with a different name and listed his place of residence as Saudi Arabia, according to prosecutors.

Epstein’s lawyers said he obtained the Austrian passport in 1982 for “personal protection” to be presented to “potential kidnappers, hijackers, or terrorists.” The lawyers said Epstein’s Jewish faith and substantial wealth made him a target while traveling in the Middle East.

Epstein’s attorneys also said that the government provided no evidence that he ever used the passport.

But Wednesday, prosecutors did just that, writing in court papers: “In fact, the passport contains numerous ingress and egress stamps, including stamps that reflect use of the passport to enter France, Spain, the United Kingdom, and Saudi Arabia in the 1980s.”

Berman said Thursday that testimony Monday from two women who claimed to be victims of Epstein played a role in his no-bail ruling.

“I was 16 years old when I had the misfortune of meeting Mr. Epstein here in New York,” said Annie Farmer, adding she was there to voice her support for the prosecution’s move to keep Epstein locked up.

When Berman asked if she was sexually abused, the witness responded: “He was inappropriate with me. I would prefer not to get into the details at this time.”

Another woman, Courtney Wild, said she was sexually abused by Epstein.

“Hi, your honor, my name is Courtney Wild and I was sexually assaulted by Jeffrey Epstein at the age of 14,” she told the court.

Wild also asked that Epstein not be released before his trial.

“He is a scary person to have walking the street,” she said.

The charges come more than a decade after Epstein signed a non-prosecution deal in 2008 that allowed him to dodge a federal indictment alleging he abused several underage girls.

Epstein ultimately pleaded guilty to state charges of soliciting minors for prostitution and served a 13-month sentence in a Florida county jail. He was forced to register as a sex offender under that deal.