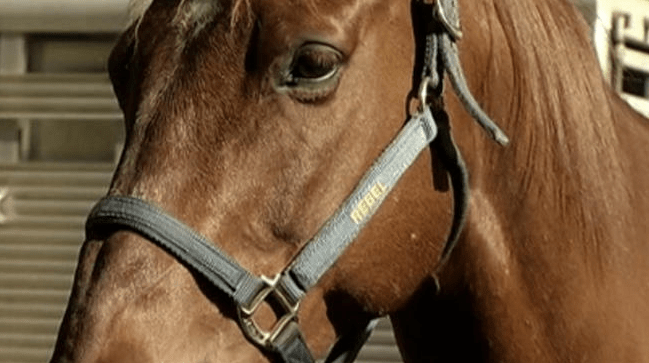 A freak accident claimed the lives of two thoroughbred horses and injured a jockey at Del Mar Racetrack on Thursday morning.

“From the clinical examination of the horses it appears both suffered cervical fractures and both were dead on the racetrack,” said Dr. Rick Arthur, a veterinary with the California Racing Board.

One of the horses that died was trained by Triple Crown winning trainer Bob Baffert, he was there when it happened.

“I’ve been around a long time, I‘ve never seen anything like that it happened so quick. I’m still shaken up from it,” said Baffert.

He says during the morning training session a loose horse made a turn in front of three horses running full speed, the result was catastrophic, “I’ve seen horses like they’ll get loose and they’ll hit each other but never like a head on … it was like a car hanging a U right in front of the freeway and going the wrong way that’s what happened.”

He says the collision was unavoidable, “Those horses were coming around and they didn’t see him until two seconds before, they just like, they spread out and hit the one in the middle.”

Jockey Assael Espinoza suffered a bruised back and is expected to make a full recovery. He posted a picture to social media giving a thumbs up in from his hospital bed. One of the jockeys who narrowly escaped the impact was his uncle Hall of Fame rider Victor Espinoza.

He says he and his entire staff a heartbroken, “It’s hard to explain to you Kitty, you know as a horse person, everybody’s pretty down.”