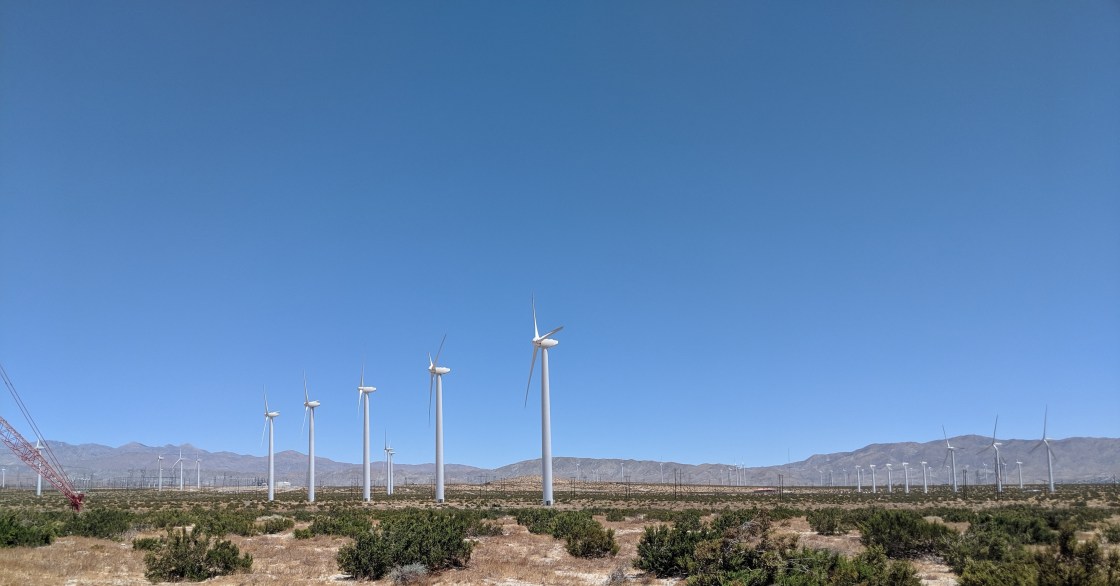 It is a sign that home is not too far away, the wind turbines in the Coachella Valley are part of the desert landscape but the photogenic backdrop serves an important purpose.
Randy Buckmaster works with the Palm Springs Midmill Tours and said visitors are interested to learn how the turbines work.
He says the energy that comes from the wind in the San Gorgonio Pass is used in local households but it is also sent to other power grids in the Riverside and Los Angeles areas.
Buckmaster said, “They’re what you call upwind machines they always want to be facing directly to the wind and so they move themselves to always be facing directly to the wind, they do all on their own.”
Recently, he noticed more locals interested in his tours. He said people are genuinely curious to know about the mechanics but the President’s criticism of wind-turbines, in general, is also catching attention.
“You hear about the noise and you hear about the birds so people are skeptical about it, and that’s why people come on our tours to find out because they want to know,” Buckmaster said. “People are surprised that you know one of these will power approximately 750 homes.”

California produces the third largest amount of energy with 5,535 megawatts enough to power 2 million households, while Iowa produces the second most behind Texas.