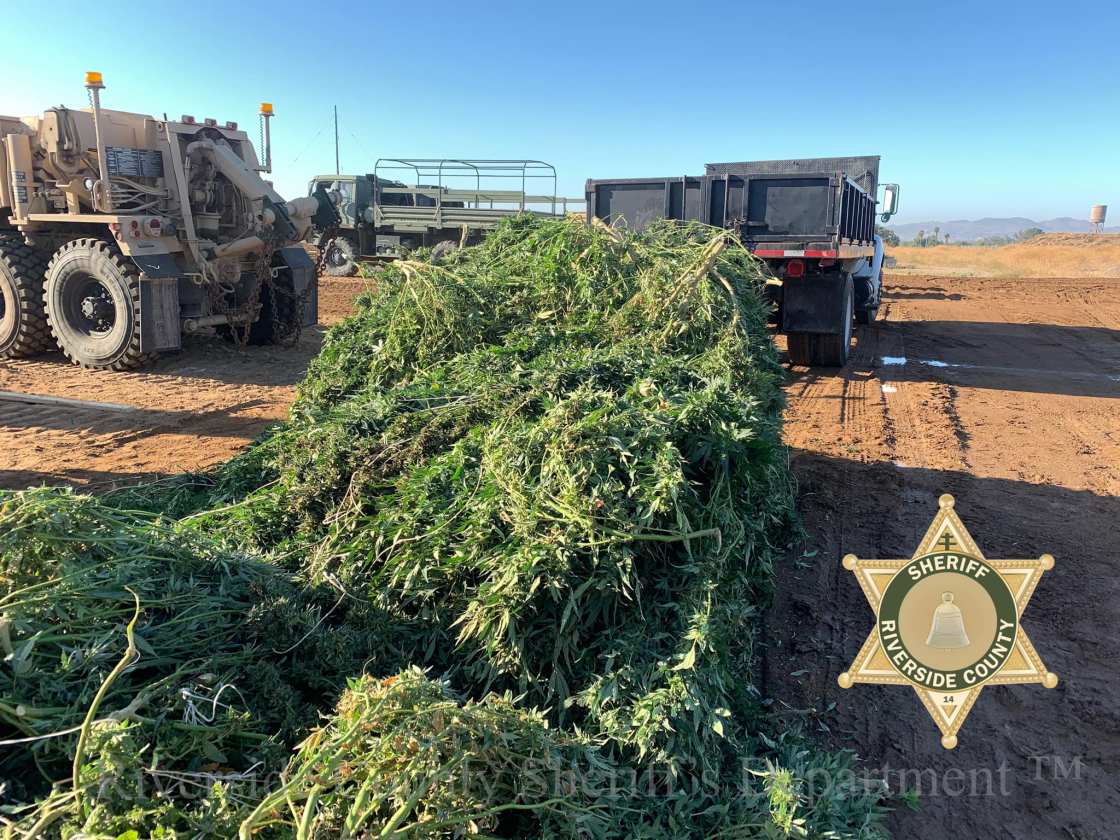 The raids got underway between 7 a.m. and 9 a.m. and concluded by nightfall. Locations were not specified.

“The emphasis of this operation was placed on the illegal cultivation sites,” according to a sheriff’s statement. “Crimes associated with illegal marijuana cultivation range from theft, robbery, burglary and homicides. Many of these illegal marijuana cultivations use chemicals that are banned in the United States and do not properly dispose of chemicals or waste products … Not only is this activity harmful, growers often steal electricity and water from surrounding residents.”

Officials said 49 people were taken into custody on various allegations. No one was immediately identified.

Almost 400 deputies and other law enforcement agents were involved in the raids, seizing 71 firearms and dismantling two butane honey oil labs, according to the sheriff’s department.

Honey oil, also known as “wax” or “hash,” is a liquefied marijuana derivative. Drug lab operators use butane stoves to extract tincture from cannabis plants that can be mixed with anything and bottled.

Numerous explosions and fires have occurred throughout the Inland Empire over the last decade as a result of home-based honey oil manufacturing.

The county recently implemented a comprehensive regulatory framework that requires marijuana growers in unincorporated communities to go through a step-by-step licensing process, which includes background checks. Cities have their own regulations.

No commercial grow permits have been approved by the Board of Supervisors to date.