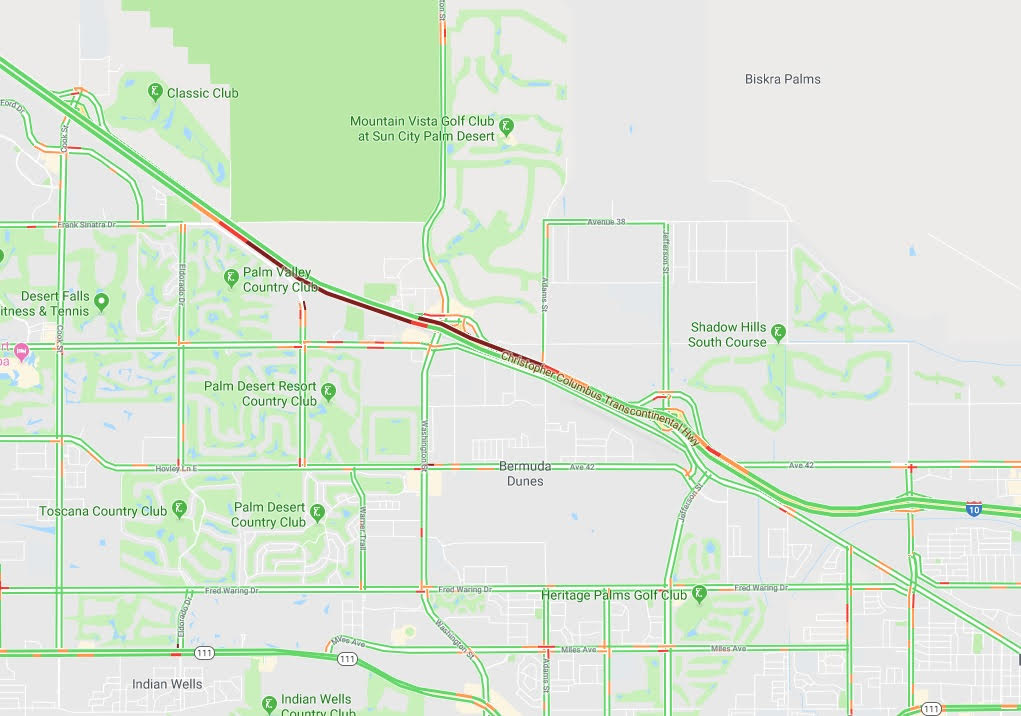 Interstate 10 in Palm Desert and Indio was open this morning and power was back on for nearly 1,000 Imperial Irrigation District customers who were knocked offline because of downed power lines that caused major traffic problems on the freeway.

California Highway Patrol dispatchers received reports just after 4:45 p.m. Monday that power lines had fallen across the freeway near Washington Street on the boundary between Palm Desert and Indio, and officers who responded to the scene located a U-Haul truck that had struck a power pole on the westbound side of the freeway. Power lines were blocking both sides of the freeway, the CHP said.

Minutes after the CHP first received word of the downed power lines, the Imperial Irrigation District reported 943 utility customers were without power in the La Quinta area along Washington Street.

Power was restored to affected customers, but it was unclear how long customers were offline.