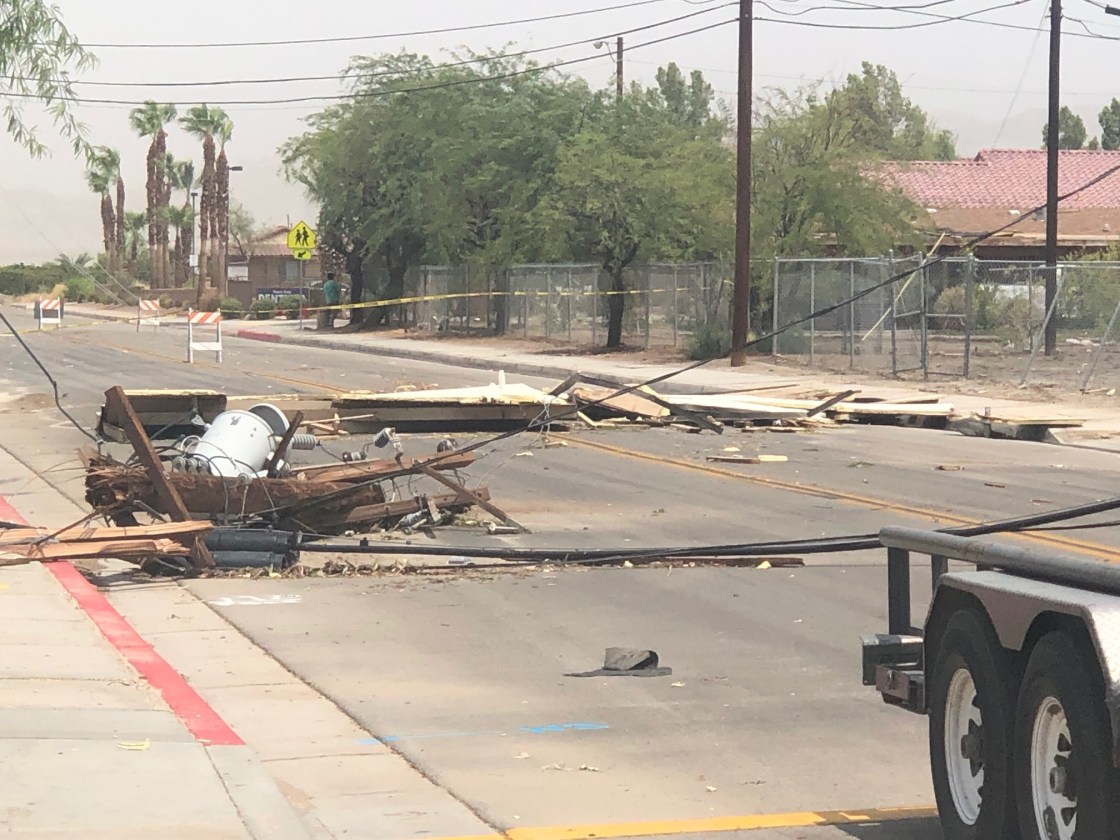 Multiple streets in Mecca and Thermal remained closed Wednesday because of power lines and trees toppled into the rights-of-way by thunderstorms.

According to the Riverside County Department of Transportation, a half- dozen corridors are temporarily inaccessible while crews work to clear the debris and secure the electrical lines.

In Mecca, Fillmore Street was shut down between 70th and 72nd avenues due to utility lines in the roadway, while in the Martinez community to the west, Polk Street was closed between 68th and 70th avenues, also because of collapsed lines, according to transportation officials.

In downtown Mecca, Date Palm Street was inaccessible between Fifth and Seventh streets because of ongoing cleanup of tree debris and other hazards.

Similarly, 70th Avenue was closed between Fillmore and Harrison streets, and to the northeast, in Thermal, Johnson Street was shut down between 65th and 66th streets for mop-up operations, according to the transportation department.

Most of the closures went into effect during the evening hours Tuesday, when turbulent weather swept through the desert.

According to the National Weather Service, isolated thunderstorms were expected to develop again over the Coachella Valley Wednesday afternoon.